The pastor said closings are for ‘pansies’
Jeffrey Lord 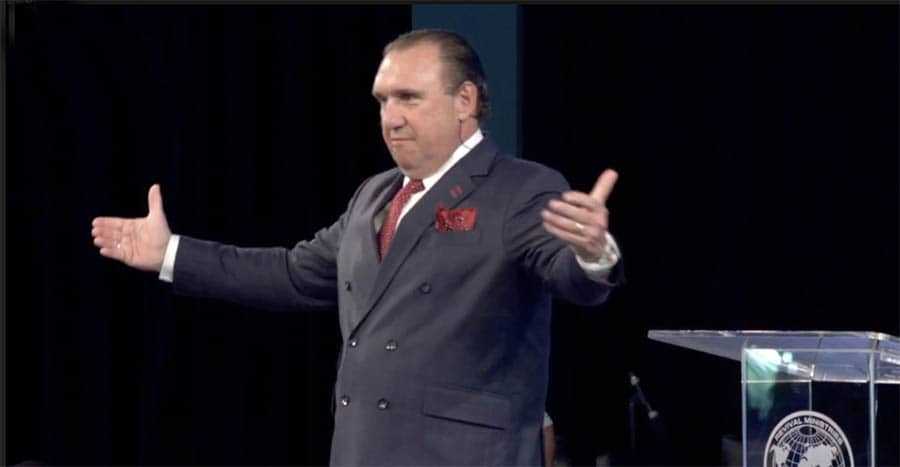 58-year-old Rodney Howard-Browne was taken into custody Monday afternoon, only to be released 40 minutes later with a $500 bond; a punishment that hardly fit the crime. Howard-Browne is a Tampa, Florida area megachurch pastor who clearly has no leadership capabilities at all. Not only did he refuse to close his church doors despite the “safer at home” policy facing the nation, but he also held Sunday services with over 500 people.

The River at Tampa Bay Church held not one, but two services Sunday, both of which were offered bus transportation for attendance. The pastor went above and beyond to actively go against government and health officials to put his parishioners at risk who could have safely and easily watched the livestream from a safe location.

The Rev. Rodney Howard-Browne, pastor of the River at Tampa Bay Church.[/caption]During a press conference, Sheriff Chad Chronister said, “they have access to technology allowing them to livestream their services over the internet and broadcast to their 400 members from the safety of their own homes, but instead they chose to gather at church.” The livestream showed cheering and applauding by the packed crowd.

Sheriff Chronister noted deputies “had tried to speak to Howard-Browne on at least two separate occasions about the ‘dangerous environment’ the church was creating” by not closing this past Friday. However, command staff was “advised by church leaders and legal staff that Howard-Browne was refusing to see them and also refusing to cancel the Sunday church services” reported Tampa’s Local Fox affiliate.

In a bizarre defense, Howard-Browne posted a video to his YouTube channel claiming his church building was equipped with the ability to combat the virus. “We brought in 13 machines that basically kill every virus in the place,” said Browne. “If they sneeze it shoots it down like at 100 miles per hour and it will neutralize it in a split second” he continued. Sheriff Chad Chronister and State Attorney Andrew Warren announced earlier today that the pastor faces misdemeanor charges of unlawful assembly and violation of public health emergency order.