A column like the NYT's Ben Smith’s is proving exactly why so many millions of Americans watch Fox in the first place.
Jeffrey Lord 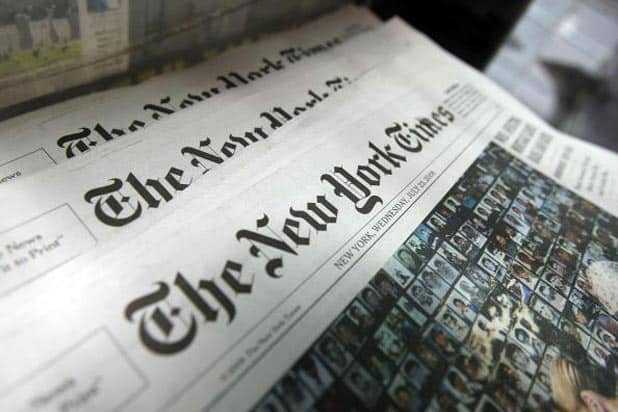 So the assault on Fox continues. Yet again conveniently leaving out facts. This time around the attack comes from New York Times columnist Ben Smith, and it is headlined with this falsehood:

Rupert Murdoch Put His Son in Charge of Fox. It Was a Dangerous Mistake.
The 48-year-old Lachlan Murdoch stood by as Fox News hosts played down the danger of the deadly coronavirus to their viewers.

Among other things, Ben Smith says the Fox CEO Murdoch allowed this:

“Hosts and guests, speaking to Fox’s predominantly elderly audience, repeatedly played down the threat of what would soon become a deadly pandemic.”

Perhaps Ben missed this headline from Media Matters that I have mentioned in an earlier post. The headline, posted January 27, reads this way:

As also previously noted, there was this specific attack on Fox in that Media Matters story:

“On January 27, Fox News’ Fox & Friends ran two segments promoting what the network called ‘a Chinese nurse … blowing the whistle on Twitter” and claimed the coronavirus infection rate is “33 times [higher than] what Chinese officials are reporting.” Co-host Brian Kilmeade, in an interview with Dr. Mehmet Oz, said that the outbreak is “happening in this secretive society where candor is secondary, and we’re seeing clues that this is so much worse.”

Notice the link in there. To illustrate the so-called Fox fearmongering MMFA this clip from Fox News of January 27th. The Fox chiron reads:

5 Cases of Coronavirus Now Confirmed in the U.S.

Now. With the hard, cold reality that Fox was being attacked – in January – for being “fearmongers about coronavirus” – Ben Smith blithely ignores this to say that:

“There, for two crucial weeks in late February and early March, powerful Fox hosts talked about the ‘real’ story of the coronavirus: It was a Democratic- and media-led plot against President Donald J. Trump.”

In other words, way back in January Fox was assailed by the far-left Media Matters for fearmongering on the virus – and Smith totally ignores the fact. Instead, in ignoring this attack, he is trying to give the impression – a false impression – that not only had this never happened but that there was no truth to the charge that Democrats and the media were using the virus as a political weapon to wage a political attack on the President.

Not only is this Smith column an example of leftist media misinformation, it is itself a sparkling example of exactly what Fox hosts have in fact been pointing out – that yes indeed, Democrats and their media allies were – make that are – politicizing the virus to attack both the President…and Fox News.

Smith goes on to say this of Fox CEO Lachlan Murdoch:

“Fox failed its viewers and the broader public in ways both revealing and potentially lethal. In particular, Lachlan Murdoch failed to pry its most important voices away from their embrace of the president’s early line: that the virus was not a big threat in the United States.”

This is flatly untrue. Fox had already long ago, in January, flagged the reality of the virus and was being attacked as a “fearmonger” for doing so.

So why write something that is so easily fact-checked for its falsity? Deep in the Smith column is the real explanation. Citing Sean Hannity and Tucker Carlson by name, Smith complains that the two had been “providing a platform for the president and his supporters to air their grievances about the rest of the media.”

Ahhhhh. Now we are getting somewhere.

The real message here is that The New York Times – not to mention others in the liberal media – have lost their monopoly on setting the nation’s understanding of what is news and information. And they particularly resent that Sean and Tucker and Laura Ingraham and Fox and Friends etc have the audacity to air “grievances about the rest of the media.”

So they vent. Deliberately leaving out a key fact that Fox was early-on attacked as a virus fearmonger. Doing this as a way of attacking, in this instance, Lachlan Murdoch, as some sort of “how dare you!” payback for removing the Times and the liberal media once-upon-a-time monopoly on news.

And in the doing of this, a column like this one of Ben Smith’s is proving exactly why so many millions of Americans watch Fox in the first place.