“Stand Up With Me”: GOP Legislators, Residents Rally to Pennsylvania Barber 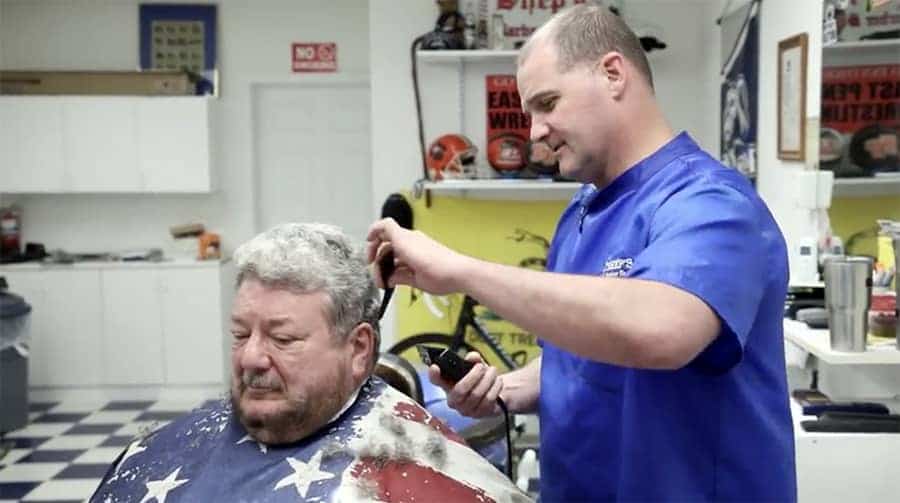 [dropcap style=”dropcap_style1″ textcolor=”#c00″ background=”#ffffff” fontweight=”900″]A tearful Pennsylvania barber was surrounded by supportive residents and Republican state legislators on Thursday as they rallied to his side in a pitched battle with Pennsylvania Governor Tom Wolf.

As reported here by ABC 27-TV in Harrisburg, barber Brad Shepler made an emotional, defiant vow to stand up for his constitutional rights even as he was threatened with a $10,000 a day fine and the loss of his barber’s license by the Democrat governor.

“No matter what you believe, no matter what you look like, no matter who you vote for, you need to realize that we are losing our rights as American citizens and we should all be afraid of that. It doesn’t matter which rights you feel strongly about. Sooner or later those who don’t want us to be free, in the name of your safety they’re coming for those rights.”

“You need to realize, we’re all losing our rights as American citizens. And we should all be afraid of that. I would like to ask all small business owners who want to get back to work, Stand up with me.”

Shepler was speaking as, ninety miles away, President Trump was about to arrive in Allentown, Pennsylvania to tour the Owens & Minor plant, a medical supplies distribution company.

The Barber vs. the Governor showdown, which has rapidly moved into the state spotlight, has become emblematic of a growing grassroots movement to re-open the state. Shepler received a threatening letter from Carolyn A. DeLaurentis, the Deputy Chief Counsel in the Pennsylvania Department of State. After accusing Shepler of “refusing to abide by the Governor’s Orders”, the letter switches to bold print to threaten the following:

“I plan to stand on the stoop of every business in York and Cumberland County who receives one of these obnoxious, threatening letters. The heavy hand of government, right here.”

The move to “Re-open Pennsylvania” continues to gain steam. On Friday, there will be another “Re-Open” rally on the steps of the state capitol in Harrisburg.

Kara Swisher and More Lies From The New York Times

Where Was the Mayor of Minneapolis?

Why Is Joe Scarborough So Stupid?