The Pennsylvania Barber Meets The Police

There is without a doubt more to be heard from Pennsylvanians furious with their governor.
Jeffrey Lord 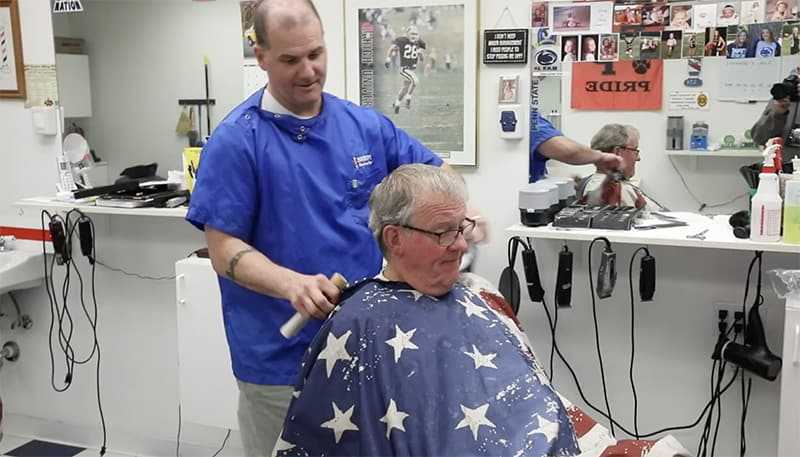 His name is Brad Shepler.

And as reported here by Penn Live, the online version of the Pennsylvania state capital’s newspaper, The Harrisburg Patriot-News Brad runs a small barbershop in the “bottom level” of the home he lives in with his wife and two daughters. His home – and his shop – are in my own East Pennsboro Township, just across the Susquehanna River from Harrisburg and the green-domed state capitol building that houses the working quarters of the Governor of Pennsylvania. The governor of the moment is Democrat Tom Wolf.

And therein lies the problem for Brad.

Governor Wolf has Pennsylvania in lockdown mode – and Brad has to operate his barbershop. Penn Live interviewed Brad and reported this:

“‘I believe in choice. You choose not to come, that’s fine. But at the same time, I need to do my best,’ Shepler said. ‘It’s my responsibility to make a living, take care of my family.’

…’My decision to reopen is purely financial. I’ve gotta pay my bills. I have a mortgage, I’ve got two kids to take care of, you know,’ Shepler said. “I became self-employed 20 years ago, figured I’d be able to take care of myself and at some point, the public can decide if they want to risk themselves and come in here.”

‘I’m just at the point where I don’t want somebody to take care of me, I just want to earn a living,’ Shepler said.”

And right about there is where the Governor comes in.

Brad attracted attention because when word got out that he had re-opened his barbershop, he had a knock on his front door. It was, yes indeed, the police.

Scroll down in the Penn Live story and click on the video Brad had the presence of mind to film when the local police came literally knocking on his door.  The video that has gone viral and attracted Penn Live’s attention in the first place. Then there is the video below of Brad explaining his decision as he tends to a customer:

It is clear from the first video that Brad isn’t blaming the East Pennsboro police. Penn Live quotes him this way:

So far the police  – local East Pennsboro Township police – have only visited Brad once. The story includes a statement from the township police that they have been instructed to give “multiple warnings” before reporting Brad to the local district attorney.

But the mere fact that the police were literally at his door demanding that he close his shop – not unlike the arrest of Texas beauty salon owner Shelley Luther for re-opening her own shop in violation of a lockdown ordinance –  has quickly become a symbol of what is happening in Pennsylvania.  This is, after all, the state that produced both the Declaration of Independence and the Constitution.

Recall that the Declaration specifically insisted that “facts be submitted to a candid world” – a list of the reasons for declaring independence from the British King George in the first place. One of those facts was that the King had “sent hither Swarms of Officers to harass our People.” Doubtless, the local police would understandably reject any comparison to the King’s “Swarm of Officers” – but to be on the receiving end of the literal knock on the door from police demanding you shut your barbershop doubtless summons that chilling image that so infuriated the Founding Fathers.

Not good. There is without a doubt more to be heard from Pennsylvanians furious with their governor.