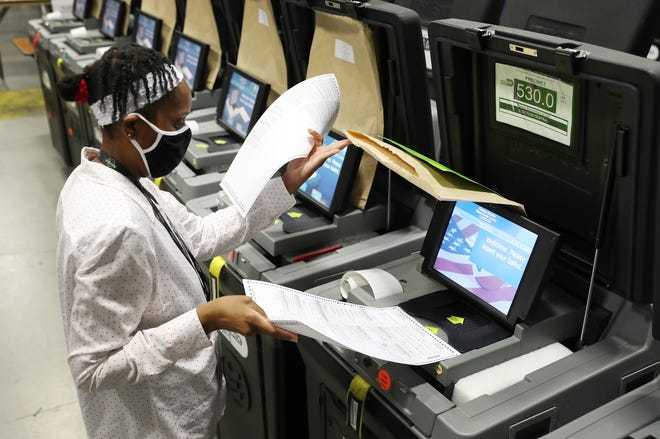 Dominion Voting Systems has been front and center in the news since election day, after its management software, “which is widely used across the country, led to an unofficial initial vote count misreporting Joe Biden as beating President Trump in Michigan’s Antrim County when, according to election officials, the county clerk neglected to update software used to collect voting data from electronic tabulators” reports Just the News.

Rumors and claims also swirled that the company manipulating votes in favor of Joe Biden. Just the News reports that “Dominion has confirmed reports it made a donation to the Clinton Foundation.” Not only that, the company “hired a former Nancy Pelosi staffer as a lobbyist.”

Dominion, in statements on its website, rejected claims that they are biased towards Democrats and Speaker Nancy Pelosi (D-CA). Despite its donation to the Clinton Global Initiative meeting in 2014, it insists they have “no company ownership relationships with any member of the Pelosi family, the Feinstein family, or the Clinton Global Initiative, Smartmatic, Scytl, or any ties to Venezuela.”

In an interview Sunday with Sinclair’s “America This Week with Eric Bolling,” attorney Sidney Powell went into depth about Dominion’s alleged purposeful mishaps. “It’s a feature of the system that was designed with a backdoor so that people could watch, in real-time, and calculate with an algorithm how many votes they needed to change to make the result they wanted to create,” said Powell.

“It’s incredibly disturbing,” Powell added, “and we will hopefully have evidence of it before the end of the week that we can produce publicly.” In statements “on its homepage, Dominion rejected the substance of Powell’s claims without naming her” reported Just the News. The website stated, “Dominion Voting Systems categorically denies false assertions about vote switching issue with our voting systems.”

Podcast Ep. 5 – When CNN’s Cancel Culture Came For Me

Report: ‘With Cancellation of 21 Million Cellphones…Real Death Toll in China is A Mystery’

When CNN’s Cancel Culture Came For Me: The War On Freedom