What an utter disgrace. And a dangerous one.
Jeffrey Lord 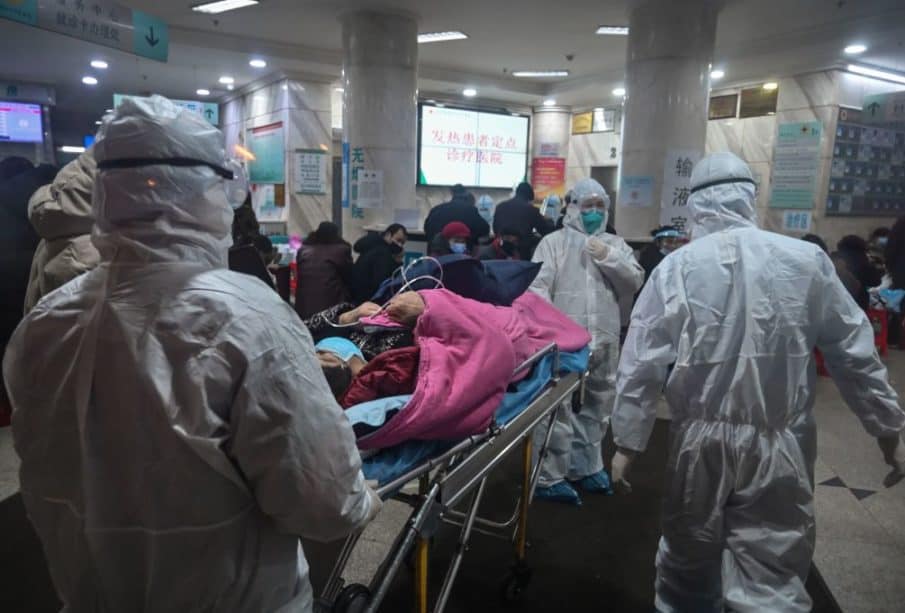 So let me see if I understand this.  Here is this headline from The Hill: Lawmakers raise alarms over Trump coronavirus response

The story opens by saying this:

“Lawmakers in both parties on Tuesday expressed growing alarm that the threat of coronavirus in the United States is serious and that the Trump administration is not doing enough to fight it.”

OK. Got it. But then? Here’s this headline from the Associated Press: Congress warns Pentagon not to move money to fund Trump wall

“WASHINGTON (AP) — Lawmakers from both parties told Pentagon leaders on Wednesday that the Defense Department is undermining its own efforts to get military money by diverting billions of dollars for the construction of President Donald Trump’s U.S.-Mexico border wall

The chairman of the House Armed Services Committee and the committee’s top Republican warned Defense Secretary Mark Esper that overturning congressional funding decisions to shift money for the wall is an enormous problem that will have consequences.

The plan to shift money has triggered rare Republican opposition to one of Trump’s priorities.”

Got all that? Democrats in Congress are sharply accusing President Trump of “not doing enough to fight” the spread of the coronavirus.

Yet one of the easiest ways of many to fight the virus is to make absolutely certain that no one comes into the United States without being thoroughly vetted for the virus. Illegals coming across the border by stealth would be prime candidates for carriers of the virus for the quite obvious reason that they will not be getting a physical check before they enter.

This isn’t rocket science – and cross-border travel is something other countries have quickly picked up on and are taking steps to halt.

Here’s this story from the BBC: Coronavirus: Hong Kong to slash border travel as virus spreads

From The Irish Times comes this headline concerned with people crossing into Ireland and spreading the virus to the Irish population.

The Guardian headlines this from Austria: Austria to stop those suspected of carrying coronavirus at border

One could go on – and on. But at this point, it is crystal clear. Like the infamous Roman Emperor Nero who fiddled while Rome burned, House Speaker Nancy Pelosi is effectively fiddling while the coronavirus spreads.

With one country after another taking steps to halt border crossings into their own countries to prevent the spread of a rapidly metastasizing fatal pandemic – the Pelosi-led Democrats in Congress, with one Republican in tow – are demanding that a border wall not be funded. All the while those very same Democrats are accusing the Trump administration of “not doing enough to fight” the spread of the disease in America.

There is a word for this. It’s called politics. The brutal fact here is that with the lives of Americans at stake, the Pelosi Democrats are fiddling – all too willing to shrug as a serious pandemic threatens to cross the American border and literally kill their fellow Americans. Showing just how far they will go with their hatred of this president.

What an utter disgrace. And a dangerous one.