In fairness, Brian is not alone here on the left as this “Defund the Police” movement has gathered some steam.

In Minneapolis, where this all began with the murder by police of George Floyd, Jeremiah Ellison, the son of Minnesota Attorney General Keith Ellison and the City Council member for Ward 5, is out there pushing the idea. And there are others.

So. Let’s take Brian and the others up on their idea. Where to start?

How about in Minneapolis, where Mr. Ellison is a City Council member whose office is presumably in the police protected Minneapolis City Hall. See this 2018 headline from the Twin Cities Pioneer Press.

It seems that some guy was being interrogated by the police in an interrogation room in City Hall. He had smuggled in a knife, pulled the knife out and brandished at police –  who shot and wounded him.

So obviously, had Ellison gotten his way back in 2018, there would have been no police protection of Ellison and his Council colleagues from this knife-wielding felon, not to mention no protection for the mayor and anyone else in the building. But by all means, Mr. Ellison should make sure he sets an example by ending his own police protection first.

Not to mention that his Dad, Keith, is the sitting Attorney General of Minnesota. Doubtless, he too has police protection and as an example should let his protection go.

But why stop in Minneapolis? How about all those mayors around the country who may be chiming in on this? Why not remove their own police security? In Los Angeles, Mayor Eric Garcetti is cutting the police budget. There’s an easy cut to make, Mayor Garcetti. Just get rid of your own protection and that of City Hall.

And why stop with local police?

See this photo?  That is a Secret Service vehicle in Washington, DC – protecting the residence of former President Obama. 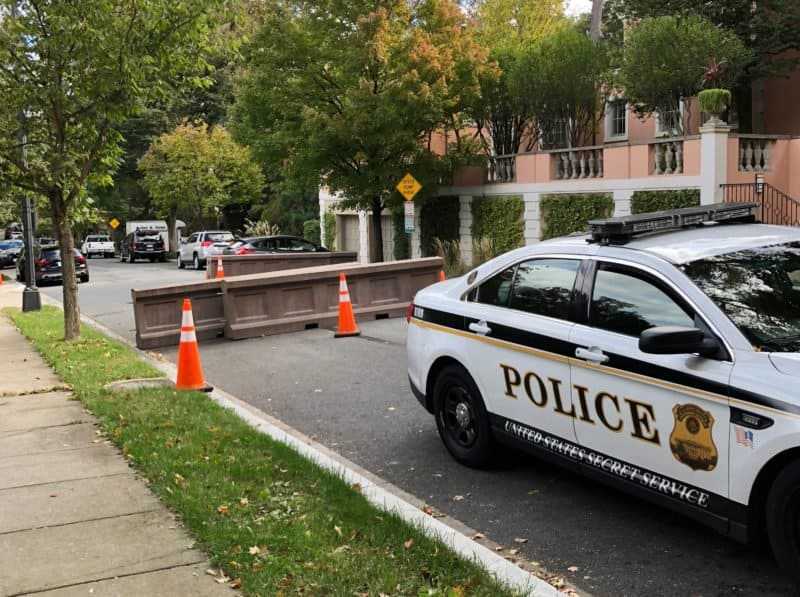 And this photo? That would be a police car outside the Bill and Hillary Clinton residence in Chappaqua, New York: 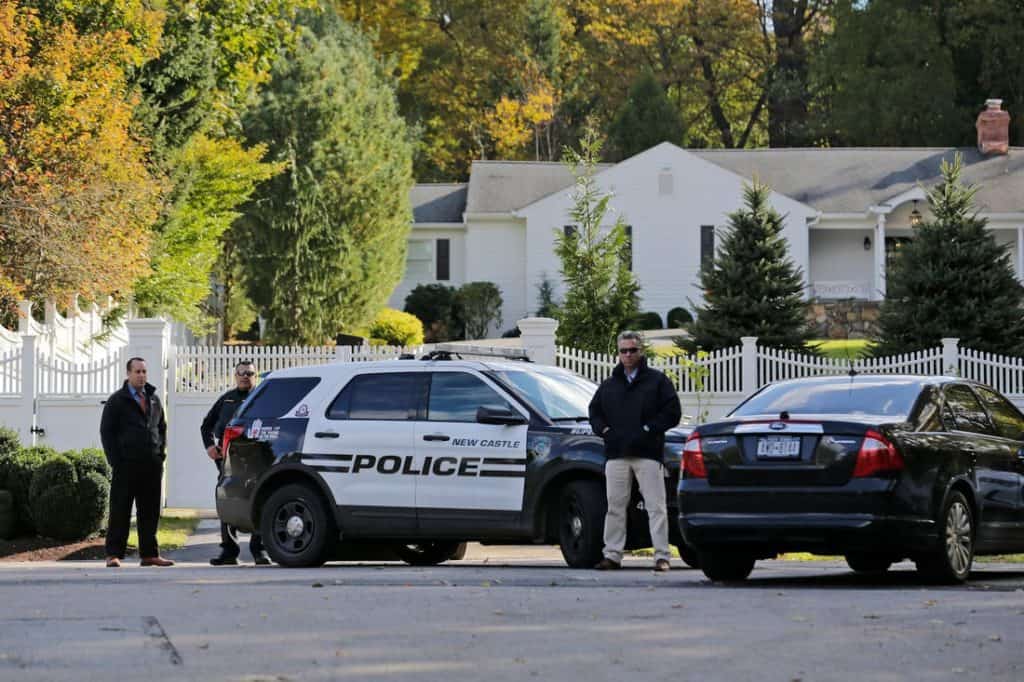 So per the suggestion of ex-Clinton aide Brian Fallon? Let’s defund the Secret Service protection for former Presidents Obama and Clinton and spouses. Get the police cars removed, vanish the agents to catching counterfeiters. And since this idea is coming from their supporters on the Left and no one on the Right, we can leave former President Bush out of this. That’s fair, yes?

The fact of the matter here is that “Defund the Police” is one of the dumbest ideas to come out of the American Left. But if they really believe it? Then by all means defund all the protection for all those Democrat Mayors, City Council Members, Governors, and Members of Congress.

And oh, by the way? Back in March of this year, CNN headlined this:

So if Brian Fallon and Jeremiah Ellison and all their fellow believers in the Defund the Police movement really believe what they say, surely they will be urging the soon-to-be presidential nominee of their party to set an example and give up his Secret Service protection and refuse to accept any protection from local police in whatever venue he is appearing outside of his basement.

Will they do this? Don’t wait up.

The Defund the Police movement in reality is just hypocrisy on parade.