You read that right. There are now audio tapes of the then-VP on the phone with former Ukrainian President Petro Poroshenko.
Jeffrey Lord 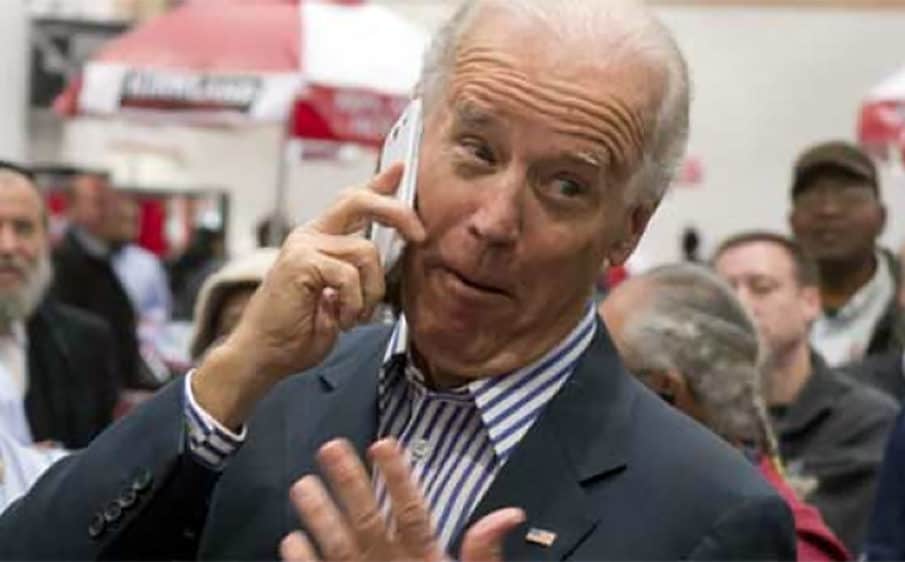 Uh-oh. Before the virus took over the news, there was Ukraine. Remember Ukraine? That would be the issue that drove the Pelosi-Schiff impeachment, insisting the country be focused on a phone call between President Trump and his Ukrainian counterpart.

Now, of a sudden, Ukraine is back in the news. And yes indeed, it is once again tied to the meddling in Ukraine of then-Vice President Joe Biden. Biden, of course, being the guy who boasted he got a Ukrainian prosecutor fired and, oh, by the way, this was a prosecutor who was looking into the shady business dealings in Ukraine of Hunter Biden.

Now, as the virus begins to recede enough for America to re-open, suddenly Ukraine is back in the news – and once again it revolves around Joe Biden.

Here is the headline from over there at The Daily Caller:

You read that right. There are now audio tapes of the then-VP on the phone with former Ukrainian President Petro Poroshenko. The then-Ukrainian president allegedly taped the calls, and they have now been leaked. The Daily Caller story begins this way:

“A Ukrainian lawmaker with ties to the Russian KGB released on Tuesday excerpts of recorded phone calls reportedly made between former Vice President Joe Biden and former Ukrainian President Petro Poroshenko in 2016 discussing the ouster of a Ukrainian prosecutor in return for a $1 billion loan guarantee.

The lawmaker, Andriy Derkach, said during a press conference Tuesday that Poroshenko recorded his phone calls with Biden and that he received the tapes from investigative journalists.”

The tapes have Poroshenko telling Biden this:

“Yesterday, I met with the General Prosecutor Shokin. And despite of the fact that we didn’t have any corruption charges, we don’t have any information about him doing something wrong … I especially asked him to resign.”

Hmmm. Catch that? There is Poroshenko saying he fired the prosecutor “despite of the fact that we didn’t have any corruption charges, we don’t have any information about him doing something wrong.”

Also released is a tape of then-Secretary of State John Kerry telling Poroshenko in another call that the prosecutor Biden wanted fired had “ blocked the cleanup of the prosecutor generals’ office and I know the vice president is very concerned about it.”

The Washington Post has written up the story as well and has this interesting reaction from former New York Mayor Rudy Giuliani, now President Trump’s personal lawyer. Giuliani, famously involved in getting to the bottom of the Biden-Ukraine connection, is quoted by The Post as saying that the released tapes are “just the tip of the iceberg.”

And for the record Poroshenko is saying the tapes are “bogus” and the result of “a full-fledged special operation against Ukraine” operated by, yes indeed, Russia.