The aircraft carrier has been inactive for nearly two months after more than 1,000 sailors tested positive for coronavirus
Lord Staff 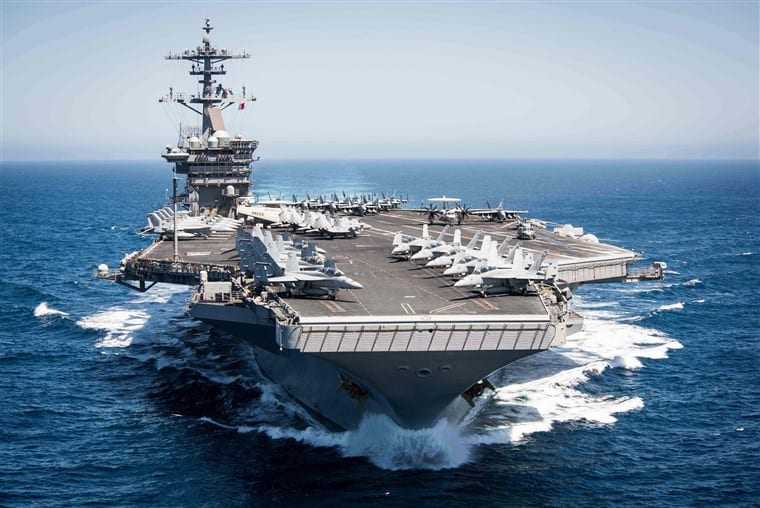 United States aircraft carrier Theodore Roosevelt will be returning to sea after having been inactive for nearly two months when more than 1,000 sailors tested positive for coronavirus. Before heading into port due to the pandemic outbreak, the warship was monitoring the South China Sea. Without the U.S. ship’s presence, “China appears to have taken advantage of the situation and ramped up its harassment of the U.S. military allies amid the global pandemic” reports Fox News.

A senior Pentagon official said while the aircraft was docked on the island of Guam, Chinese “continued risky and escalatory behavior” in the area. Time is of the essence for the Theodore Roosevelt to return and deescalate confrontations. In an interview with Fox News, deputy assistant secretary of defense for Southeast Asia, Reed Werner, says Chinese fighter jets have “harassed” U.S. reconnaissance aircraft “at least nine times.”

In addition, Werner said the harassment spread to our allies as well, with a Chinese escort ship maneuvered in an “unsafe and unprofessional way” towards the Japan-based guided-missile destroyer USS Mustin. Additional U.S. allies in the region affected are the Association of Southeast Asian National [ASEAN] member states.

“We continue to see Chinese destabilizing behavior in the South China Sea…as countries are focused inward” during the coronavirus pandemic, “China continues to push forward.” Werner said China continues “to intimidate and bully others” citing many commitments Beijing and Chinese President Xi Jinping have broken. Examples include “Jinping’s pledge at the White House in 2015 not to militarize the man-made islands in the South China Sea” which Werner could not elaborate on due to “intelligence concerns” according to Fox news.

As a result of the Theodor Roosevelt being docked in Guam, the U.S. Navy “has sent more warships to the South China Sea near China’s contested islands.”  The Air Force has “flown B-1 bombers overhead. The amphibious assault ship America recently joined the guided-missile cruiser Bunker Hill from the TR strike group as well as an Australian frigate for operations in the South China Sea”

Chinese operations and security of the South China Sea has long been a concern and campaign discussion for President Trump and his administration has continued to take it seriously since he took office. Werner added the department is discussing a potential plan to launch a new counter-China fund of roughly 6$ billion a year to combat the problem of Beijing being “coercive, destabilizing, and commercially extractive” in Southeast Asia.