Media, Dems Gave A Pass When Obama Fired IG for Investigating His Friend

The double standards from the Leftist State Media and today’s Democrats are always rich with hypocrisy.
Jeffrey Lord 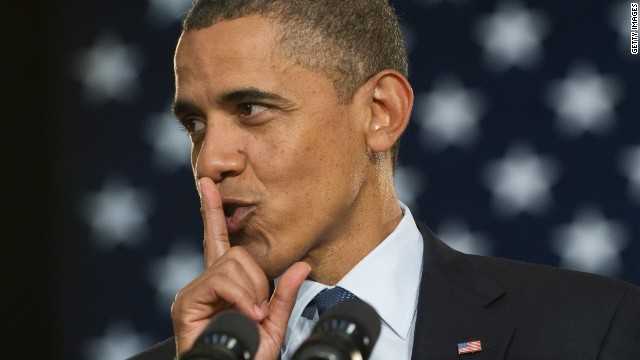 The double standards from the Leftist State Media and today’s Democrats are always rich with hypocrisy.

Here is the headline from The Wall Street Journal on June 17, 2009. Note: the WSJ was the rare exception here in covering this story. The headline reads:

The White House Fires a Watchdog
The curious case of the inspector general and a Presidential ally.

The WSJ story began this way:

“President Obama swept to office on the promise of a new kind of politics, but then how do you explain last week’s dismissal of federal Inspector General Gerald Walpin for the crime of trying to protect taxpayer dollars? This is a case that smells of political favoritism and Chicago rules.

A George W. Bush appointee, Mr. Walpin has since 2007 been the inspector general for the Corporation for National and Community Service, the federal agency that oversees such subsidized volunteer programs as AmeriCorps. In April 2008 the Corporation asked Mr. Walpin to investigate reports of irregularities at St. HOPE, a California nonprofit run by former NBA star and Obama supporter Kevin Johnson. St. HOPE had received an $850,000 AmeriCorps grant, which was supposed to go for three purposes: tutoring for Sacramento-area students; the redevelopment of several buildings; and theater and art programs.

Mr. Walpin’s investigators discovered that the money had been used instead to pad staff salaries, meddle politically in a school-board election, and have AmeriCorps members perform personal services for Mr. Johnson, including washing his car.”

So far…so good. But then? The WSJ says this:

“Concerned about the St. HOPE mess, Mr. Walpin wrote a 29-page report, signed by two other senior members of his office, and submitted it in April to Congress. Last Wednesday, he got a phone call from a White House lawyer telling him to resign within an hour or be fired.”

You read that right. President Obama had his White House lawyer call IG Walpin, whose report was an investigation into Obama friend and supporter Kevin Johnson, and tell him “to resign within an hour or be fired.”

There was outrage. Democrats demanded a congressional investigation. The liberal media went crazy.

But now? President Trump has fired an IG in his administration – State Department IG Steve Linick. And all hell has broken loose. Here are a few sample headlines:

On and on and on has gone the media outrage and demands for a congressional investigation. And take note of that Vox version of the story, which actually says this: “….purging inspectors general like Linick would have been a major scandal in any previous era.”

Unless, of course, it was the Obama era, in which the Obama White House fired an IG for investigating a presidential buddy. And the media and Democrats yawned and ignored.

Ya can’t make this stuff up. But we can call it out. And we will.