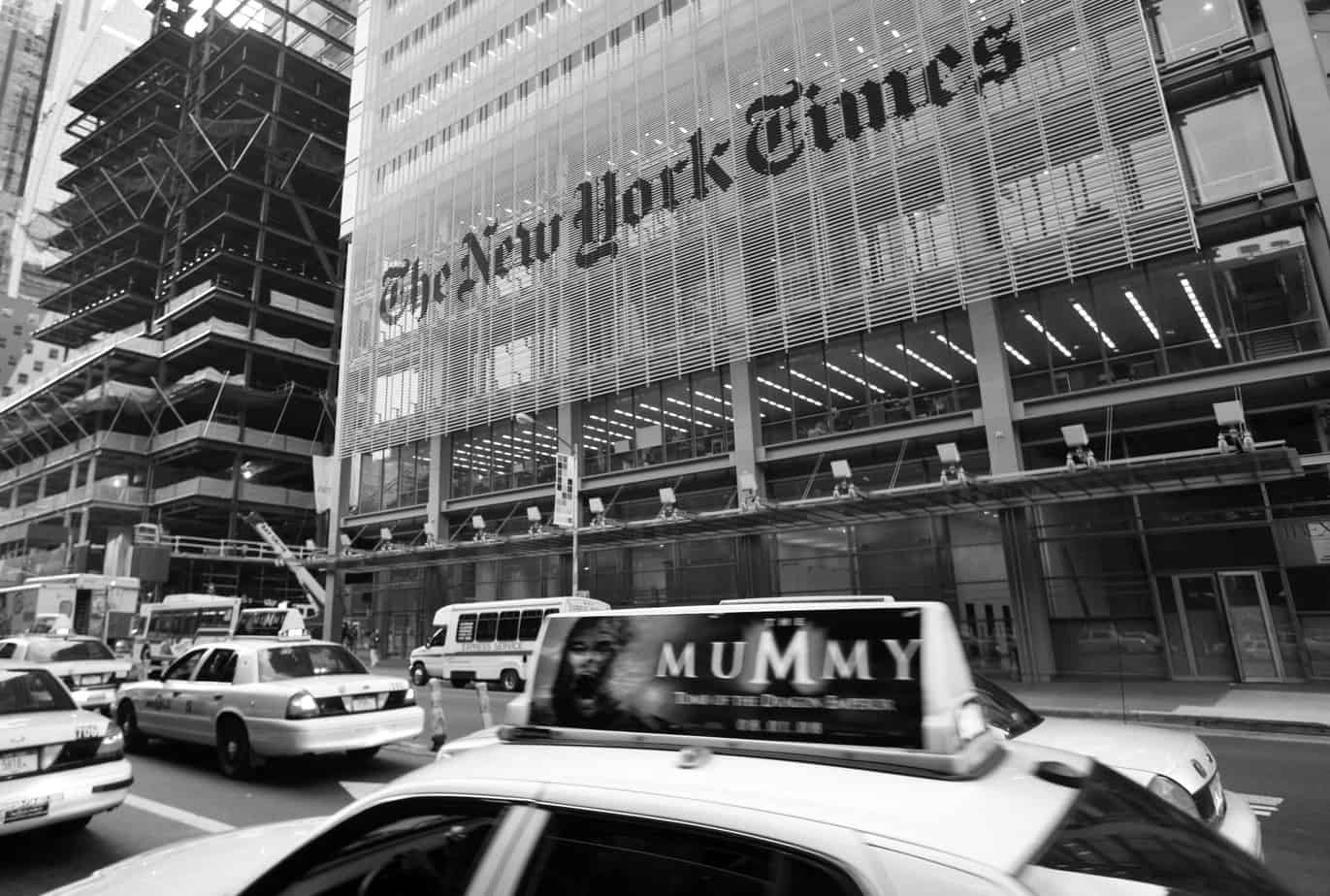 Let’s Call It Trumpvirus – If you’re feeling awful, you know who to blame.

As the Wuhan Virus (a term liberals suddenly insist is racist, in spite of having used it repeatedly themselves) went global, misinformation, hysteria, and outright disinformation has swamped the hate-Trump Leftist State Media.

Yet somehow, in some way, The Times and its ideological Trump-hating media allies not only wish to scare the nation to death, they have made it their business to target the truth-tellers like Sean Hannity and others in the conservative media. They are hoping that Americans will somehow not recall that conservative media – talk radio, Fox News, conservative newspapers and web sites – came into being and thrived from the start because millions of people realized they were not getting straight news and facts from “journalists” who were more interested in pushing a liberal agenda than presenting fact-based news stories.

It doubtless has stunned the dozens of health professionals, scientists, doctors, and business executives trooping in and out of the White House for seriously professional discussions and planning on handling the virus to see the liberal media hysteria that surrounds them.

In the run-up to the President’s somber address to the nation on March 11th, the Times highlighted this from former Bush aide Thomas P. Bossert. Bossert had been in the Trump White House and departed in what appeared to be a dispute with the then-new Trump national security, which is to say he is a Trump critic. The Times made a point to say that Bossert “publicly warned that as many as 500,000 Americans may ultimately die of the coronavirus.”

As this is written the death toll in the US is 40. Doubtless, it will go up. But this is exactly the kind of media hysteria that has fueled the plunge in the stock market.

Another Times piece was titled:

How Right-Wing Pundits Are Covering Coronavirus – Following President Trump’s lead, many commentators have played down fears.

Incredibly this story says this:

“Even on Wednesday night, after Mr. Trump gave an unusually somber address to the nation in which he announced he was suspending most travel from Europe for 30 days, Mr. Hannity criticized Democrats and vigorously defended the president’s response to the crisis, saying that when he instituted travel restrictions on China over a month ago, “no president had ever acted that fast.”

Distorted realities and discarded facts are now such a part of everyday life that the way they shape events like impeachment, a mass shooting or a presidential address often goes unmentioned.

But when partisan news meets a pandemic, the information silos where people shelter themselves can become not just deluded but also dangerous, according to those who criticize conservative commentators for shedding any semblance of objectivity when it comes to covering the president.

“This sort of media spin poses a clear and present danger to public health,” said Charlie Sykes, a longtime conservative host and author who published a book, “How the Right Lost Its Mind,” in 2018.”

There was no sense of irony in this sentence:

“But when partisan news meets a pandemic, the information silos where people shelter themselves can become not just deluded but also dangerous, according to those who criticize conservative commentators for shedding any semblance of objectivity when it comes to covering the president.”

Say what? The hate-Trump media is the very epitome of “partisan news”, it is left-wing and Never Trump hysteria “not just deluded but also dangerous.”

And yes, it is now dangerous. It isn’t Sean Hannity or Fox News that has created the atmosphere of hysteria that has torpedoed the stock market.

Incredibly, The Times story on conservative media criticized Hannity for saying this:

“Sadly, these viruses pop up time to time,” Mr. Hannity said, with the certitude of a medical professional. “Pandemics happen, from time to time.”

Hello? Hannity was 100 percent correct. Here’s a shortlist from the Center for Disease Control:

1918-1918 Pandemic (H1N1 virus)
“The 1918 influenza pandemic was the most severe pandemic in recent history. It was caused by an H1N1 virus with genes of avian origin.”

1968 Pandemic (H3N2 virus)
The 1968 pandemic was caused by an influenza A (H3N2) virus comprised of two genes from an avian influenza A virus, including a new H3 hemagglutinin, but also contained the N2 neuraminidase from the 1957 H2N2 virus.

In other words? Exactly as Hannity said, “Pandemics happen, time to time.” Will The Times retract and admit that what Hannity said was hard, historical, documented-by-the-CDC fact? Are you kidding? Of course not. To ignore the facts fits into the hysteria narrative that Hannity is “denying the seriousness of the threat” – which is, for anyone who listens and watches his radio and television show, flatly untrue.

And leave it to Fox and Hannity rival CNN to post a story headlined this way:

How Fox News misled viewers about the coronavirus

Among other things, CNN said this:

“A top messaging tactic Fox News hosts employed in recent weeks to alleviate fear over the coronavirus was to tell viewers that credible news organizations have over-torqued their coverage in a bid to harm Trump politically.”

Um…maybe Fox News hosts say this because…gasp!…its true! Notably, the leadership of Fox is quoted thusly from an internal memo obtained by CNN:

“Please keep in mind that viewers rely on us to stay informed during a crisis of this magnitude and we are providing an important public service to our audience by functioning as a resource for all Americans.”

Imagine that. Network leaders who believe in reporting…facts. No wonder CNN is agog.

Laughably, over at The Washington Post, its perennial Trump-hating media columnist Margaret Sullivan headlined this:

And what is one of the things Sullivan suggests? This:

“Matt Gertz, a Media Matters senior fellow and the foremost chronicler of the insidious Trump-Fox News feedback loop, connected the dots: “Roughly an hour before his comments, a Fox News medical correspondent argued on-air that coronavirus was no more dangerous than the flu; a few hours later, the same correspondent argued that coronavirus fears were being deliberately overblown in hopes of damaging Trump politically.”

He added: “The network’s personalities have frequently claimed that the Trump administration has been doing a great job responding to coronavirus, that the fears of the disease are overblown, and that the real problem is Democrats and the media politicizing the epidemic to prevent Trump’s reelection.”

Got that? Rupert Murdoch should take action because his network insists on….facts. It is the anti-panic network. And it is a beacon of truth in this torrential downpour of liberal media hysteria. Which is exactly what Sullivan and other far-leftists in the Leftist State Media cannot abide.

When all is said and done here, the Leftist State Media is going to pay a price – particularly in cable land – with their ratings. And a big price. This entire virus episode, like the impeachment and Trump-Russia collusion coverage that preceded it is yet another massive, self-inflicted blow to the liberal media’s credibility.

There is a reason, in Hannity’s case, that he has the number one show on cable TV. It is, simply put, because he has credibility with his audience. They get it. They are not credulous fools.

Which is exactly why the Leftist State Media hates conservative media and Hannity and everybody else in it.

Because we know a liberal media pandemic when we see it.

Biden, Pelosi, and Cuomo: The Elites War On America