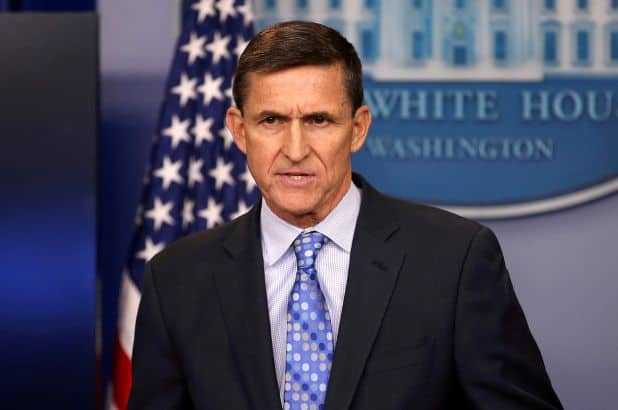 The story by reporter Brooke Singman begins this way:

“The Justice Department on Thursday moved to drop its case against former National Security Adviser Michael Flynn, in a stunning development that comes after internal memos were released raising serious questions about the nature of the investigation that led to Flynn’s late 2017 guilty plea of lying to the FBI.

The announcement came in a court filing, with the department saying it is dropping the case ‘after a considered review of all the facts and circumstances of this case, including newly discovered and disclosed information.’ The DOJ said it had concluded that Flynn’s interview by the FBI was ‘untethered to, and unjustified by, the FBI’s counterintelligence investigation into Mr. Flynn’ and that the interview was ‘conducted without any legitimate investigative basis.’”

In yet another Fox story, this one by reporter Greg Re, that broke along with the news of the DOJ dropping the case comes this word:

Van Grack is also withdrawing from other unrelated cases as well, raising questions about his future at the DOJ. No explanation was given for Van Grack’s abrupt withdrawal from the Flynn case, which was recorded in a brief filing with the court on Thursday.”

In short, if ever there were a gross miscarriage of justice, the Flynn prosecution is it. He was targeted for no other reason than that he was first a Trump supporter, and then named as the new President’s national security adviser. He was unpopular with President Obama and his team. Based on nothing more than political animosity, the FBI set him up, as newly released notes from the FBI reveal.

The Fox story on Van Grack also says this:

“Shedding light on internal FBI deliberations, notes from the then-assistant director of the FBI’s Counterintelligence Division Bill Priestap — written before the Flynn interview and after discussions with then-FBI Director James Comey and then-FBI Deputy Director Andrew McCabe, Fox News is told — show discussions of whether their ‘goal’ at the White House interview was ‘to get him to lie, so we can prosecute him or get him fired.”

This entire episode is a story of serious corruption inside the Obama-era FBI and the Obama Department of Justice. It is the story of an attempted coup. As Flynn’s ex-NSC deputy adviser K.T. McFarland told Fox’s Brian Kilmeade: “It wasn’t just one or two bad apples.”

Let the prosecutions of the dirty cops involved begin.

Kara Swisher and More Lies From The New York Times

Andrew Cuomo and the Culture of Death