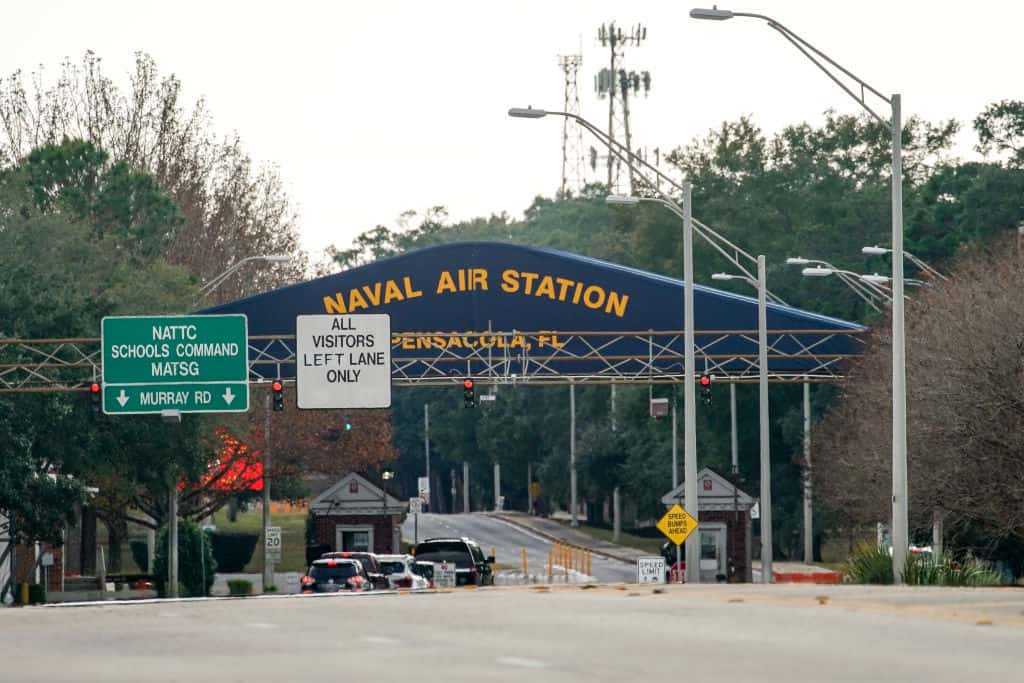 [dropcap style=”dropcap_style1″ textcolor=”#c00″ background=”#ffffff” fontweight=”900″]In December of last year, Second Lt. Mohammed Saeed Alshamrani opened fire on a U.S. naval air station based in Pensacola, Florida. Alshamrani killed three Americans and wounded eight others before he was killed by police. Alshamrani was a second lieutenant in the Royal Saudi Air Force who was in Pensacola attending a pilot training program. Some of the September 11 terrorists also received flight training in Florida.

Immediately after the massacre, Representative Matt Gaetz (R-FL) whose district the shooting occurred in said, “we can safely call this an act of terrorism, not an act of workplace violence.”

Whether or not an incident should be determined an “act of terror” is always up to debate and often becomes a partisan issue. Part of the partisanship includes the mainstream media’s stance as well. And now we have come to find just how wrong the media was.

A tie to al-Qaeda means this has been the largest attack with ties to the terror group since September 11, 2001. In a joint conference, AG Barr and FBI Director Christopher Wray announced the FBI was able to get into the terrorist’s phone and found “a brutal culmination of years of planning and preparation.” Barr said Alshamrani had attempted to destroy his phones and now we know why.

“The phones contained information previously unknown to us that definitively establishes Alshamrani’s significant ties to al-Qaeda in the Arabian Peninsula (AQAP), not only before the attack but before he even arrived in the United States. We now have a clearer understanding of Alshamrani’s associations and activities in the years, months, and days leading up to his attack” said Barr.

The FBI attempted to get assistance from Apple to gain access to Alshamrani’s phone, which Apple refused, saying “we reject the characterization that Apple has not provided substantive assistance in the Pensacola investigation.” Despite a battle with Apple that began after the shooting, the FBI was able to gain access to the gunman’s phone. It is with that access, that Apple failed to allow them to get months ago, that the FBI learned just how deep Alshamrani’s ties with al-Qaeda ran.

“The new evidence shows that Alshamrani had radicalized not after training here in the United States, but at least as far back as 2015. And then he had been connecting and associating with a number of dangerous AQAP operatives ever since” said FBI Director Wray. The terrifying reality is this; an al-Qaeda member was allowed to attend a pilot-training program at a U.S. base under the pretense as a lieutenant in the Royal Saudi Air Force. Things must change.