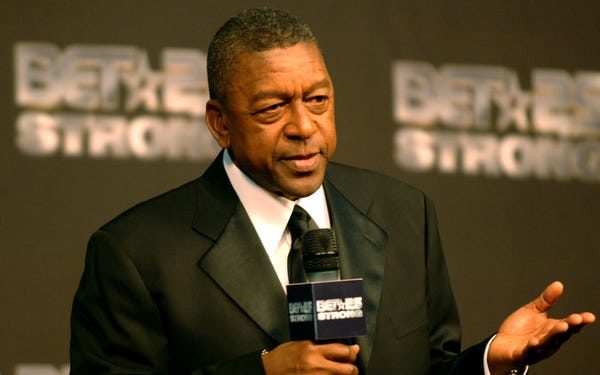 [dropcap style=”dropcap_style1″ textcolor=”#c00″ background=”#ffffff” fontweight=”900″]The founder of Black Entertainment Television (BET), Robert Johnson, believes the wealth divide in our nation is at the heart of the matter striking violent protests and looting across the nation. In an interview with CNBC, Johnson announced his call for the United States government to pay $14 trillion of reparations for slavery. “We need to focus on wealth creation and wealth generation and to do that we must bring the descendants of slaves into equality with this nation,” Johnson said.

According to CNBC, Johnson became America’s first black billionaire when he sold BET to Viacom in 2001. “Wealth transfer is exactly what’s needed,” said Johnson of his proposal. The “short answers to long horrific questions about the stain of slavery are not going to solve the inequality problem” but we must “provide reparations not only for the sin or the atonement of the sin of slavery…but to cause America to live up to the concept and the notion that this nation was born on the idea of American exceptionalism” he added.

Johnson stated, “I am convinced that the problems we confront today can be solved but it takes a big bold action and 14 trillion dollars in reparation for damages [inaudible] upon the heirs of slaves is an appropriate statement.” African Americans have been denied the accumulation of wealth, which is why wealth transfer is necessary, says Johnson. “For 200 plus years or so of slavery, labor taken with no compensation is a wealth transfer. Denial of access to education which is a primary driver to an accumulation of income and wealth, is a wealth transfer” resulting in over “70% of homeownership” is by whites, said Johnson.

Johnson then compared the proposed $14 trillion to the stimulus checks sent out as a result of COVID-19: “if this money goes into pockets like the [coronavirus stimulus checks…that money is going to return back to the economy” and will result in black-owned businesses. Ultimately, the reparations would be the “affirmative action program of all time” sending a signal of acknowledgment by white Americans that “damages are owed” and acknowledgment that an unequal playing field existed which created a “wealth transfer to white Americans away from African Americans.”

AOC Describes Capitol Riot ‘Near Death’ Experience, When In Reality it was Capitol Officer Guiding her to Safety