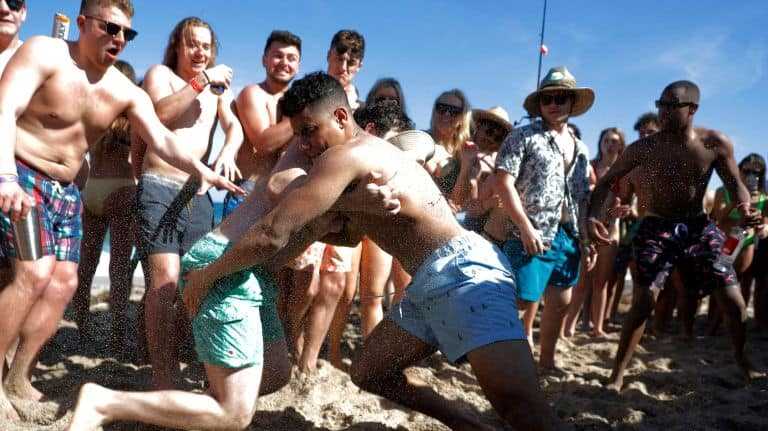 Despite politicians, actors and community leaders globally telling us it’s time to come together, help one another and obey social distancing demands, humanity still rears its ugly head. “Virus rebels” are groups around the world deliberately expressing their lack of concern for COVID-19; some are going so far as to purposely spread it.

According to the Associated Press, “the virus rebels tend to range from restless teens to wealthy adults who can travel to their getaway homes.” These irresponsible rebels from around the world whose “defiance of lockdown mandates and scientific advice to fight the coronavirus pandemic has prompted crackdowns by authorities on people trying to escape cabin fever brought on by virus restrictions.”

Florida closed many of the state’s beaches after “images of rowdy spring break college crowds appeared on TV for days amid the rising death toll” and the same happened in Australia at Sydney’s famous Bondi Beach. In New York City Governor Andrew Cuomo expressed his displeasure at residents who were ignoring social distancing requirements and congregating in the parks. “You’re not Superman, and you’re not Superwoman,” Cuomo said.

A Spanish man put a goat on a leash and took it for a walk for the sole purpose to defy confinement orders and prove some sort of a point that pets can be taken for brief walks. Another man walked around in a dinosaur costume. In a Paris suburb, one person “bit a police officer trying to enforce confinement rules” and “a large crowd threatened to spit on officers who had planned to disperse them in the southeastern city of Lyon” said a police union spokesperson for France, which now has 100,000 security personnel on the streets issuing fines.

Here’s the real gem indicative of the heart of humanity: “In the southern German state of Bavaria, Gov. Markus Soeder lamented that ‘there are still corona parties, there are young people who cough at older people and shout corona for fun.” There is no defense against the ineptitude of human nature. No amount of mandates, health facts, death tolls, security or militia-controlled streets can combat selfish, stupid and evil people. These “virus rebels” are a clear reminder that it is not just pandemics that threaten our survival.