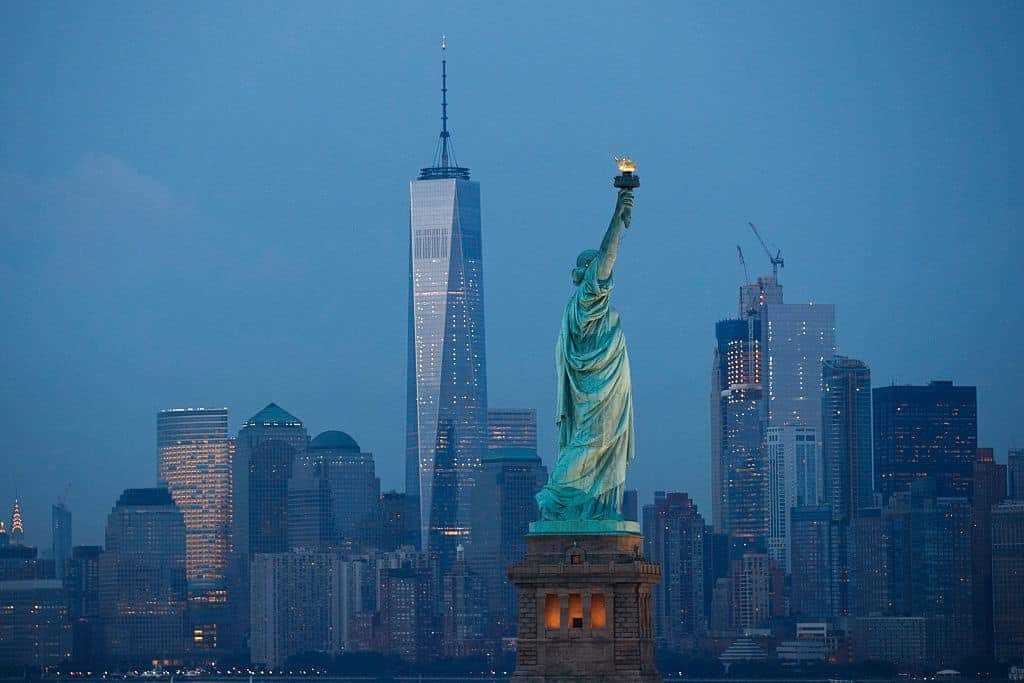 Well isn’t this rich?  Amidst all the re-naming and statue-pulling-down, most Americans, I suspect, are unaware that bases named for Confederate leaders are not the only places in America with names tied to slavery.

Yes, you read that right. America’s largest city and fourth-largest state in population (led by, in order, California, Texas, and Florida)  is, in fact, named for a notorious slave trader – the Duke of York.

Back there in 2017, President Trump mused in a press conference, following the controversy over a Robert E. Lee statue in Charlottesville, as to whether statues of George Washington and Thomas Jefferson would be next? As events have now shown, the answer is yes, with all kinds of statues across the country being yanked down by protestors. But curiously, in this removal and name-change frenzy sweeping through the country, there is one very, very prominent place that is studiously ignored.

After the President’s 2017 remarks, The Daily Caller zeroed in on this ignored history of New York with this headline:

New York Is Named After A Horrendous Slave Trader

The story said, in part, this:

“New York, both the city and the state, is named after the house of York and particularly for James Stuart, then Duke of York, one of the most successful slavers in colonial American history.

…James Stuart conquered the settlements between the Delaware and the Connecticut rivers from the Dutch in 1664, and the name of the principal port, New Amsterdam, was promptly changed to honor the new master. James’ brother, King Charles II of England, gave the territory to the duke in exchange for four beaver pelts annually.

The Duke of York, who later became King James II of England (and James VII of Scotland), created Britain’s greatest slave empire known as the Royal African Company, which transported between 90,000 and 100,000 African slaves to the Caribbean and American colonies between 1672 and 1689.

King Charles II established the Royal Adventurers company in 1664, which traded in Africa, and put his younger brother James in charge of the operation. When the company went into debt, James and the crown dissolved it and reformed it into the Royal African Company to focus on the continent full of ivory, gold, and the “single most lucrative commodity,” slaves, Hilary McDonald Beckles, now the vice-chancellor of University of the West Indies, wrote in a 1999 paper for UNESCO.”

Follow the first link in the DC story and that takes one over here to the blog “Pennsylvania History”, where the close friendship between Pennsylvania founder William Penn and the Duke of York is discussed, one learns this of the Duke, bold print for emphasis supplied:

“The Duke of York was the main shareholder in and the director of the Company of Royal Adventurers Trading in Africa; established at the time of the restoration of the English monarchy in 1660. The shareholders in this Company were a combination of the Stuart Royal family along with a number of wealthy London merchants. The Company established London’s monopoly of the English slave trade. It created slave ports on the West coast of Africa where British-produced goods were exchanged for Africans who were then transported as slaves to colonies in the Caribbean and the Americas.

In 1664, the Duke of York, as Admiral of the Navy, annexed the Dutch colony of New Amsterdam (it was then renamed New York in his honour). When the Duke took over New York one of the first actions of the new authority was to grant the colony port privileges and the right to use warehouses to ships engaged in the slave trade (1) ~ i.e. ships owned by the Company of Royal Adventurers Trading in Africa in which the Duke was the largest shareholder.

Previously, under the Dutch West India Company, the African slaves of New Amsterdam had lived in what was known as ‘half-freedom’; that is to say under the Dutch they had some rights and some, limited, independence. However, once under Stuart, British rule they became chattel slaves (i.e perceived as personal property of the slave owners in a way that was different from previous slave-systems. It was slavery used as labour under an emerging and consolidating capitalism). Though it is worth noting that these urban slaves of New York never accepted the complete servitude endured by their rural counterparts.”

The Duke would go on to merge his slave trading company with another, creating the Royal African Company. The history blog then notes:

….Numerous slaves transported by the Royal Africa Company were branded with  the letters ‘DY’, signifying they were property of Penn’s friend the Duke of York, others were branded on their chests with the company’s initials, ‘RAC’.”

OK. Full stop. What do we have here?

The obvious question. New York – both state and city – are named for one of the most notorious slave traders in all of American, British – and possibly world – history. Yet all these lefties demanding the name changes of US military bases because they were named long ago for Confederate generals?

No word from New York Mayor Bill DeBlasio that he wants to change the name of his city. DeBlasio’s wife, Chirlane McCray, note well, is black. Had she been known to the Duke of York she would have been enslaved with a “DY” branded on her chest.

No word from New York Governor Andrew Cuomo, who, like his father and all of his predecessors, has presided as governor over a state named for a major league slave trader.

There has been no word of a name change from the New York Times, or whether it will be moving out of both the city and state.

In Washington, Mayor Muriel Bowser has gone out of her way to change the name of a prominent DC intersection to “Black Lives Matter Plaza.” Not far from there is “New York Avenue.” Will the Mayor now change the name to “Slave Trader Avenue”?

Silence all around. And why stop there?

DeNiro, of course, famously cannot stand President Trump. As a matter of fact, here is a US Weekly headline from January of 2019 – just last year – that says this:

So the obvious. Robert DeNiro, who believes the President is a “real racist”, has starred in a film celebrating a place named after a real “real racist” – a slave trader who ran a company responsible for enslaving – at a minimum – “90-100,000 Africans.” Will De Niro apologize? Will he demand that Amazon remove the film from sale? Will the song as sung originally by Frank Sinatra and Liza Minnelli be banned from Amazon?

This summer the Democratic National Convention will gather. Will they demand the New York delegation be barred until they change the name of their state?

But now that the Democrats and the Left have opened this Pandora’s Box the resulting lesson here is clear:

Be careful what you wish for.

Joe Biden: The Most Corrupt Vice President In American History

Kayleigh McEnany is Right: Where are the Journalists?