Pelosi is the very embodiment of  Marie Antoinette.
Jeffrey Lord 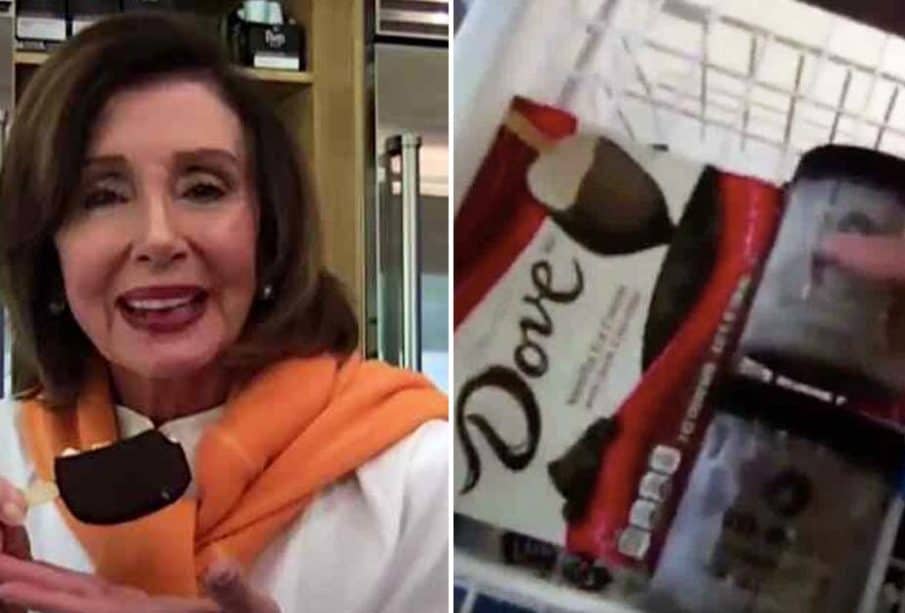 Ya can’t make it up.

This is the very same Speaker of the House who spent her time on February 24th, with television cameras in tow, taking a stroll through Chinatown and urging San Franciscans and tourists alike:

“Come to Chinatown, we are careful safe, and come join us.”

That would be 28 days after the White House announced this:

“Today, President Donald J. Trump announced the formation of the President’s Coronavirus Task Force.  Members of the Task Force have been meeting on a daily basis since Monday.  At today’s meeting, which the President chaired, he charged the Task Force with leading the United States Government response to the novel 2019 coronavirus and with keeping him apprised of developments.”

But hey. The peasants have no clue so Speaker Antoinette can just re-write her history – at the end of March. This time, speaking to CNN’s Jake Tapper, with not the slightest acknowledgment that she was only a month earlier urging tourists to visit Chinatown

“The president, his denial at the beginning, was deadly.”

Not to be forgotten either was this from Pelosi after the passage of the Trump tax cuts for the middle class back in January of 2018. Here’s the headline:

So what do we have here?

What we have is a very rich woman, now holed up in her San Francisco mansion as the virus rages eating gourmet, $12 dollar-a-quart ice cream, re-writing her own disgraceful history on this virus and looking down her nose at $1000 tax cut for middle Americans as “crumbs.”

This is the modern version of the tale of the French Queen Marie Antoinette at the start of the French Revolution that overthrew her husband, King Louis XVI. That would be the Marie Antoinette whose disdain of the common man had her saying disdainfully of the angry French peasants outside her palace walls: Let them eat cake.” It was that lofty attitude that eventually had her marched off to the guillotine. Thomas Jefferson would later say:

“I have ever believed that had there been no queen, there would have been no revolution.”

Nancy Pelosi is the very embodiment of  Marie Antoinette.

Come November, as with that French Queen, the peasants of America will vote their own revolution. This being 21st century America and not 18th century France, the only guillotine here is the ballot box.

And as Hillary Clinton found out in 2016, the political edges of the ballot box in an American political revolution can be exceedingly sharp.