Named the ‘HEROES Act,’ Pelosi uses the coronavirus to further her own agenda with a heap of money
Lord Staff 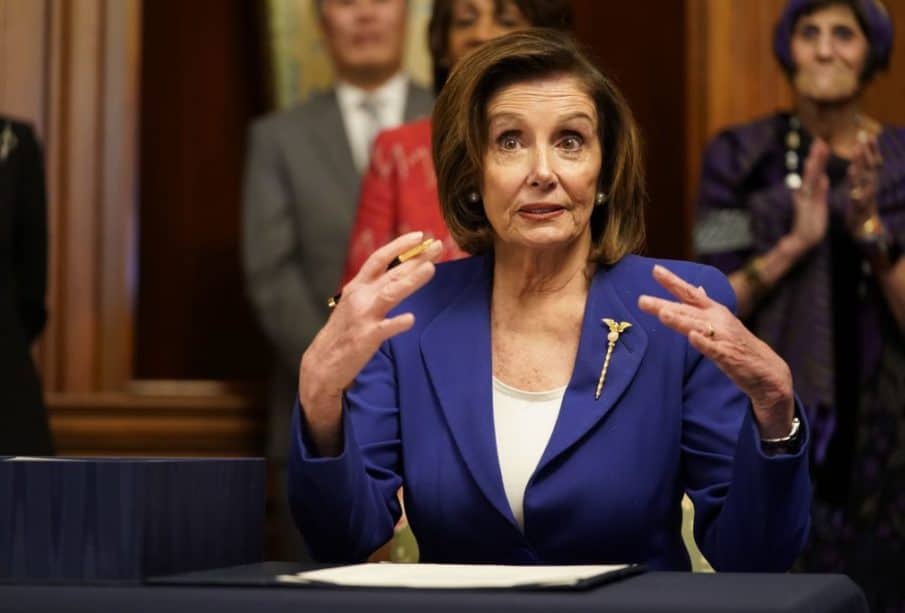 Speaker Nancy Pelosi expects the House to vote Friday on her proposed $3 trillion stimulus bill she released Tuesday. Named the ‘HEROES Act,’ Pelosi uses the coronavirus to further her own agenda with a heap of money. The bill includes $25 billion for the United States Postal Service and a new rule of federal guidelines which would overhaul voting…forever.

HEROES Act would use $3.6 billion to mail-in voting expansion so that “every voter can access no-excuse absentee vote-by-mail.” As reported by Just The News, “the bill seeks to amend the Help America Vote Act of 2002 to ‘ensure that all eligible individuals can register to vote on the same day that they vote,’ which would take effect in the November 2020 election and remain in place for every future federal election.”

Additionally, it would “require states to provide a minimum of 15 consecutive days for early voting.” Another Act, the National Voter Registration Act of 1993, would also be changed for all future elections to “prohibit states from requiring voter registration applicants to provide more than the last four digits of their social security numbers.”

Pelosi’s HEROES Act aims to ensure more votes get counted by requiring “electronic blank absentee ballots transmitted to qualified individuals’ have must prepaid return postage.” Also, States would be prohibited from “refusing to accept and process an absentee ballot from a qualified individual based on notarization or witness signature, paper type, or envelope type requirements.”

Essentially, Pelosi is salivating to remove any remaining measures in place to attempt to decrease voter fraud where it occurs most frequently: mail-in voting. As for identity confirmation? Pelosi hopes to turn it into a joke. States with voter identification requirements will not matter because the HEROES legislation reads, “an individual may make a sworn written statement attesting to their identity to fulfill the identification requirement.”

In essence, “It’s me; I super-duper promise” is all that would be needed to vote in our countries most significant and sacred elections. Although Senate Majority Leader Mitch McConnell has said the Senate will not consider additional coronavirus related stimulus legislation until after Memorial Day, he certainly will have his hands full with Pelosi’s new outrageous demands.