Will they get away with it? Not if conservatives are paying attention. And they are.
Jeffrey Lord 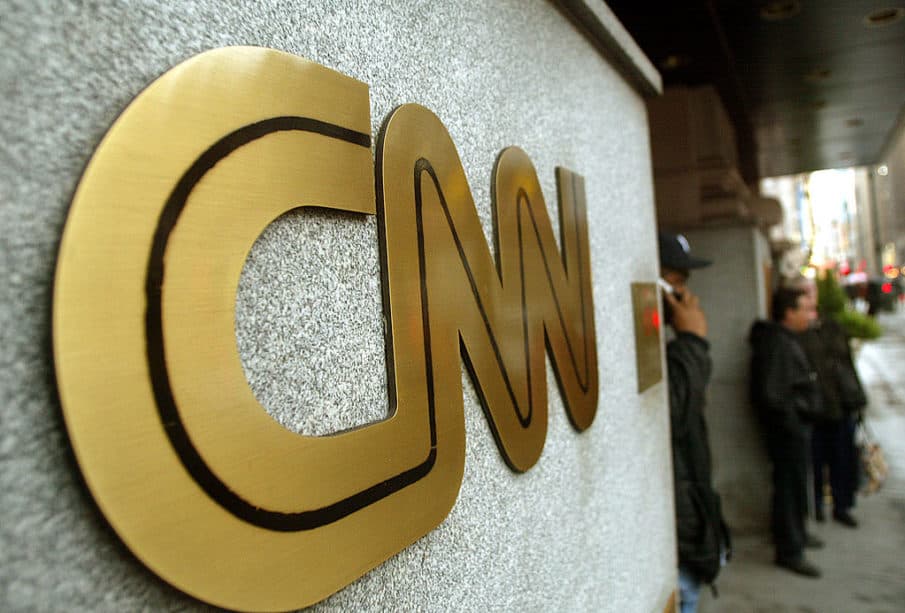 Talk about playing to stereotype.  Over there at the CNN site one Guthrie Graves-Fitzsimmons,  “a fellow with the Faith and Progressive Policy Initiative at the Center for American Progress” launched a missive attacking, yes indeed, freedom of religion.

I know, I know, the First Amendment reads like this:

“Congress shall make no law respecting an establishment of religion, or prohibiting the free exercise thereof; or abridging the freedom of speech, or of the press; or the right of the people peaceably to assemble, and to petition the Government for a redress of grievances.”

Catch that phrase? This one: “…make no law respecting an establishment of religion, or prohibiting the free exercise thereof…”

But over there at CNN, Mr. Graves-Fitzsimmons of the far-far Left Center for American Progress is saying this:

“(CNN) On Friday, the same day President Donald Trump confirmed that Vice President Mike Pence’s press secretary tested positive for the novel coronavirus, Pence traveled to Iowa and signaled to religious leaders that they should reopen houses of worship.

…”The liberties enshrined in the Constitution still apply to every American, even in the middle of a national emergency,” Pence said on a conservative radio program last week, in reference to a religious freedom lawsuit in Virginia challenging the state’s stay-at-home order. “President Trump and our entire administration have championed religious liberty.”

So far, so good. All factual.

And then. Graves-Fitzsimmons says this:

“The virus does not discriminate whether we are gathered in a house of worship or any other type of gathering. State and local governments are within their constitutional authority to include houses of worship in bans on gathering. Yet at least 20 states instituted some form of a religious exemption to their Covid-19 public-health orders. And in addition to the Virginia lawsuit, there have been at least a dozen more lawsuits in states such as Florida, Mississippi, Kansas, Virginia, California and Texas. Now the push for reopening by the administration has been coupled with a religious freedom argument. This comes as many religious communities are continuing to care for one another and the common good by adapting to the trying circumstances.

Religious freedom is not a license to spread the coronavirus, and this is not the first time it has been exploited to pursue a conservative agenda…..”

This past Sunday my own church in Pennsylvania re-opened. Did we take precautions? Of course, we did. The congregation sat in their cars in the church parking lot, our minister at a podium in the fresh, open-air and sunshine of a beautiful Sunday in May.

It is, again, our constitutional right to do so, and it is not the business of some busybody bureaucrat to stop us.

Graves-Fitzsimmons goes on to assail what he calls an “extremely well-funded effort” to “redefine religious freedom.” Then he heads into the land of misrepresentation. He says, for example, that:

“Just last week, the US Supreme Court heard arguments concerning whether religious or moral beliefs of an employer should be an acceptable excuse to deny people birth control.”

Say what? The fact is the Supreme Court – decades ago – ruled that birth control was legal. There are two cases before the Court now, neither of which would “deny people birth control.” What they are about is forcing an employer who does not believe in birth control to pay for it. But no one – say again – no one, is going to be denied the right to purchase for themselves all the birth control they want.  A very big difference.

Then he goes on to say this:

“There are real threats to religious freedom in our nation, such as the Trump administration’s Muslim travel ban. But, as the Washington Post reported, ‘When Muslims are the target, prominent religious freedom advocates largely go quiet.’”

This is a classic of misrepresentation. There was no such thing as a Muslim ban. There was a travel ban, and it was approved by the Supreme Court. It affected eight countries: Chad, Iran, Libya, North Korea, Syria, Venezuela, Somalia, and Yemen. In other words, it affected travel from countries that had a serious problem with terrorists. Religion had nothing to do with it, terrorism had everything to do with it. Not to mention there was long, long precedent for travel bans that date right from the beginning of the United States, when President John Adams successfully put restrictions on the arrival of immigrants from revolutionary France. In the decades that followed restrictions were placed on travelers from Britain in the War of 1812, Germany in World War I, Germany Italy, and Japan in World War II and, in the Carter-era of the Iranian taking of American hostages, there were restrictions on Iran.

The larger point here is that the American Left is always obsessed with re-writing the Constitution, the goal always restricting the rights of Americans whether those rights are focused on the right to bear arms, the right to free speech or, in this case, the right to a free exercise of religion.

Will they get away with it? Not if conservatives are paying attention. And they are.