Is That A Marijuana Vape Pen in NC Mayor’s Take-Out Photo?

Likely an accident, mayor Mary-Ann Baldwin appears to be supporting another industry as well
Lord Staff 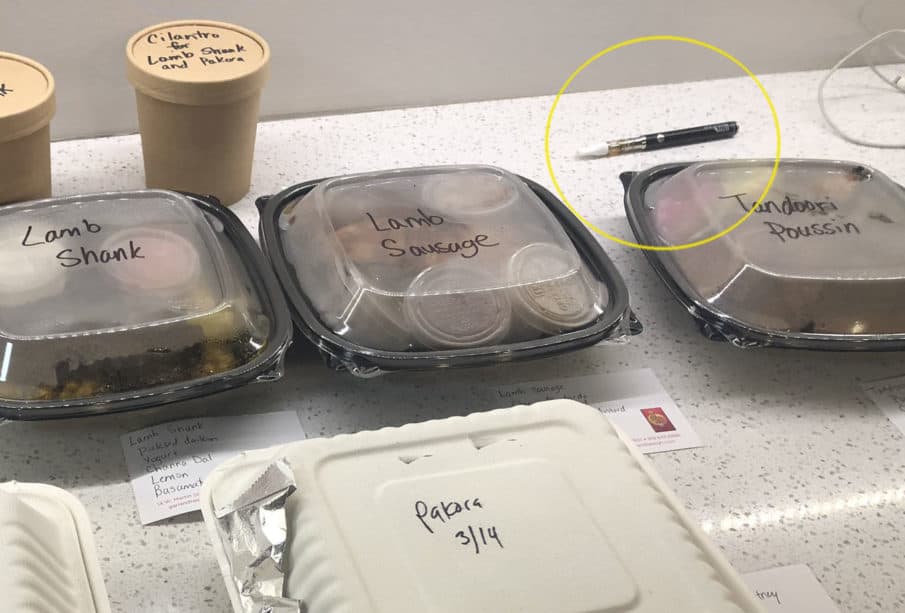 A North Carolina mayor took to Twitter to make a point to publicly support local food businesses by posting photos of a large take-out order. The caption read, “Here is what we did tonight to support our local restaurants. Take out from Garland. And we left a 35 percent tip. Please do the same.”

Likely an accident, mayor Mary-Ann Baldwin appears to be supporting another industry as well. In one photo, multiple large to-go boxes were displayed on a table, just underneath what looks like a marijuana vape pen. No wonder they were so hungry!

Marijuana Moment seized the opportunity to report on the incident, publishing the photo and writing “a North Carolina mayor was probably only trying to highlight best social distancing practices and support for local businesses when she posted photos of her takeout dinner on Twitter. But by failing to crop out what appears to be a marihuana vape pen, she sparked a different conversation entirely.”

Here is what we did tonight to support our local restaurants. Take out from Garland. And we left a 35 percent tip. Please do the same. pic.twitter.com/SI21NAvV8U

Twitter also was ablaze (get it?) at the mayor’s post. “More like Mary-Jane Baldwin am I right” was one reply. Another account tagged the Raleigh Police Department asking, “so the Mayor is allowed to have weed pens?” Another criticized “If you or I get caught w marijuana in N.C. we get thrown in jail, while the mayor posts pictures telling you how much to tip with her weed pen in the picture.”

Although there is no proof the object in the photo is, in fact, a vape pen, or contains marijuana, the mayor’s tweet brought some insight into North Carolina’s laws and her position. Marijuana Moment reported that “neither Baldwin nor a mayoral spokesperson replied” for comment, but feel that “to Baldwin’s credit, however, she has previously indicated that punitive policing of cannabis offenses may not be productive and called for a debate over the appropriate approach to marijuana.”

Finally, if the item in Mayor Baldwin’s photo is, in fact, a vape pen and does in fact contain THC, “it’s likely to be less than 0.05 ounces. Possession of that amount of cannabis concentrate in North Carolina is a misdemeanor and carries a punishment of $200 and up to 10 days in jail” notes Marijuana Moment. Moral of the story; support local businesses, tip 35% and crop your photos wisely.