Home›Nation›Barr Cites Civil Liberties: ‘Our Nation Was Turned On Its Head’ From ‘Bogus Narrative’
NationPolitics

Barr Cites Civil Liberties: ‘Our Nation Was Turned On Its Head’ From ‘Bogus Narrative’ 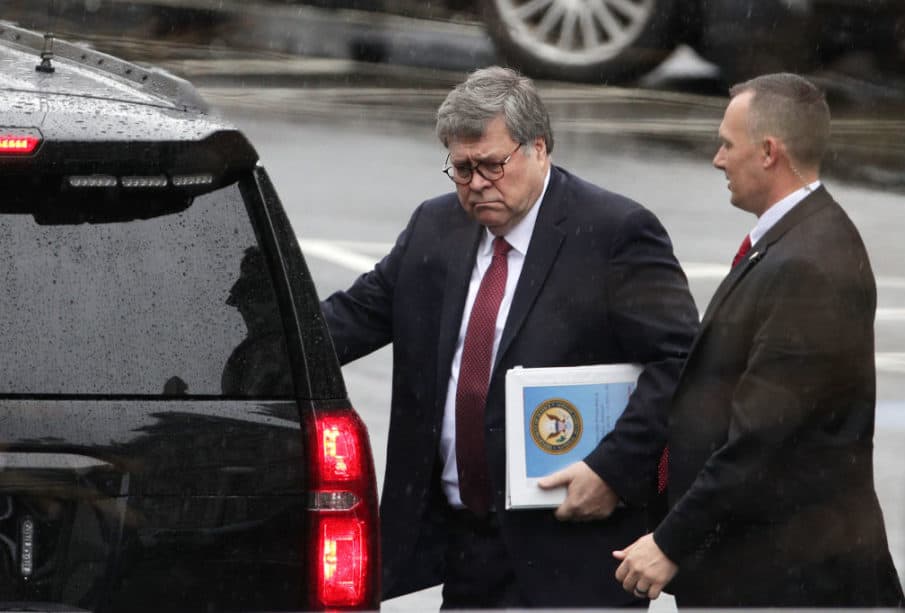 Attorney General William Barr is not settled with the findings from the Justice Department’s Inspector General report. Although the IG report admitted there were inconsistencies and wrongdoing, no one will be held accountable. There is evidence that the FBI did not follow FISA procedures and lied to judges. Despite all that, ultimately the IG report concluded that the FBI wasn’t motivated to look into Trump and his campaign because of bias.

Democrats and anti-Trumpers are all hanging their hats on ‘no bias’ in the investigation and conveniently disregarding all the rest. In an exclusive interview with NBC News, Barr expressed his lack of confidence in the findings. “I think our nation was turned on its head for three years based on a completely bogus narrative that was largely fanned and hyped by a completely irresponsible press,” Barr said. Even if political bias cannot be proven as the initial cause for the FBI’s investigation, that does not negate the reality that many injustices occurred.

Barr went on to say “I think there were gross abuses…and inexplicable behavior that is intolerable in the FBI.” Inspector General Michael Horowitz’s report concluded that he “did not find documentary or testimonial evidence that political bias or improper motivation influenced the decisions to open’ the investigations into Trump campaign aides in the 2016 elections. However, as Barr makes clear, that does not mean there was “the possibility that there was bad faith.”

Simply put, “All [Horowitz] said was, people gave me an explanation and I didn’t find anything to contradict it…he hasn’t decided the issue of improper motive…I think we have to wait until the full investigation is done” said Barr. The “full investigation” refers to the investigation Barr has tasked U.S. Attorney John Durham with. Barr has said Durham’s investigation will be more thorough because of limitations in place to the Inspector General.

Immediately after the Inspector General released the report, both Barr and Durham disagreed publicly. “I have the utmost respect for the mission of the Office of Inspector General and the comprehensive work that went into the report prepared by Mr. Horowitz and his staff,” wrote Durham. “However, our investigation is not limited to developing information from within component parts of the Justice Department. Our investigation has included developing information from other persons and entities, both in the U.S. and outside of the U.S.”

In Barr’s NBC interview he stood by his notion that the Trump campaign “was clearly spied upon.” He said “that’s what electronic surveillance is…going through people’s emails, wiring people up.” He added, “from a civil liberties standpoint, the greatest danger to our free system is that the incumbent government use the apparatus of the state…both to spy on political opponents but also to use them in a way that could affect the outcome of an election” and that this was the first time in history “counterintelligence techniques” were used against a presidential campaign.