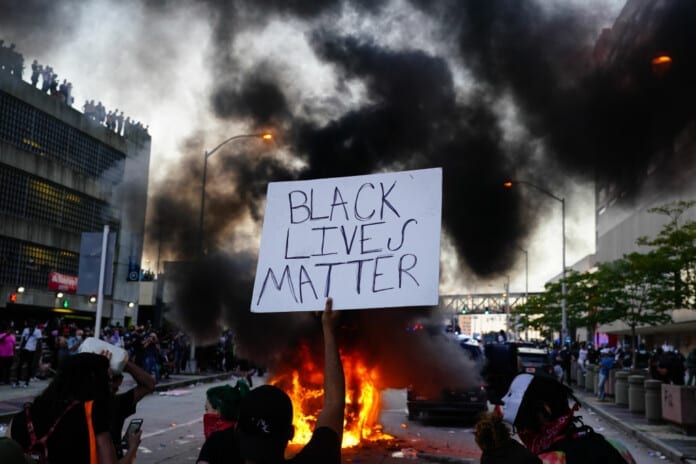 Democrats and leaders of the party have been blaming President Trump and the conservative party for all things negatively related to race relations since before he took office. The entire Black Lives Matter movement has enhanced its messaging and global gatherings in recent years on the notion that they must gather or the racist establishment will win.

However, a poll conducted in the UK shows it’s the “anti-racist” movement itself that is spreading racism and feeding racial tension. “Just over half (55%) of UK adults believe the BLM protests that took place in big cities but also in the Shetland Islands and the Isle of Wight, increased racial tensions, according to a survey of more than 2,000 people” according to Opinium’s annual survey of multicultural Britain.

According to the Guardian, the poll’s findings come “alongside parallel research indicating sharp rises in the number of black people saying they faced discrimination in the last year.” In fact, the numbers rose substantially from 74% in 2019 to 81% in 2020. In essence, the movement is actually increasing discrimination, not eliminating it as they claim is their purpose.

As expected, the BLM movement spokesmen and organizers are prepared with responses to the unfavorable polling results. Female professor Kalwant Bhopal, director of the Centre for Research in Race and Education at the University of Birmingham said the results only show BLM has made white people “feel their privilege is being threatened and questioned.”

Did The NFL Just Declare War On The Church?