Not only is China being pressed about the origins of and cover-up for coronavirus, but now there is reason to doubt their released numerical data as well.
Lord Staff 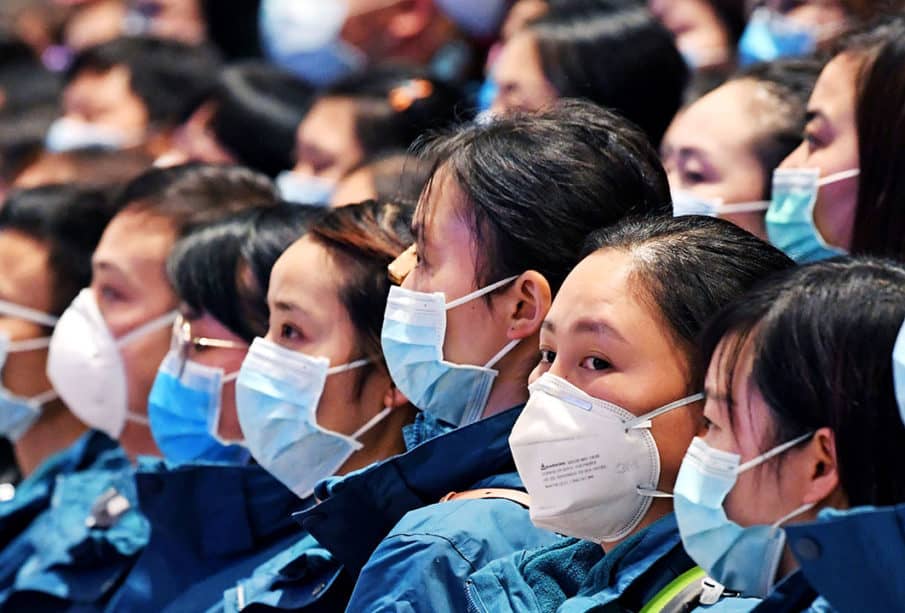 Not only is China being pressed about the origins of and cover-up for coronavirus, but now there is reason to doubt their released numerical data as well. As of February 20, China reported more than 55,000 cases of the virus. However, “research by academics at Hong Kong University’s school of public health” has found that “the true number would have been far greater if the definition of a Covid-19 case that was later used had been applied from the outset” reported the Guardian.

Australia and the United States have combined efforts “for an international inquiry” into the origins of the deadly virus by calling for an investigation into the handling of the outbreak. The research was published in The Lancet declares the in the study, “we review the various COVID-19 case definitions that have been used in mainland China as of March 13, 2020, and examine the implications of changes in case definitions on the epidemiology of COVID-19.” With that, the aim is “to quantify the effect of changes in the case definition on inferences about transmission parameters based on the epidemic curve.”

The results are astounding: “we analyzed the changes of the case definition for COVID-19 applied in China from Jan 15 to March 3, 2020.” Interestingly, “before Jan 15, 2020, we were unable to identify the case definition that was used in Wuhan to identify the earliest 41 confirmed cases.” It was January 15 that the first national guideline for diagnosis and treatment was issued. Diagnosis “required six specific criteria to be met for a patient to be a confirmed case of COVID-19.”

Criteria to be diagnosed as a confirmed coronavirus case has gone through “several revisions;” seven to be exact. The six requirements of the first guideline most notably, “patients needed to have an epidemiological link to Wuhan or a wet market in Wuhan and had to fulfill four clinical conditions indicative of viral pneumonia to be identified as suspected cases.” Patients then had to “have a respiratory specimen tested by full genome sequencing showing a close homology with SARS-CoV-2 for the final confirmation of COVID-19.”

In the findings, the research found that with the seven versions of definitions and requirements for a COVID-19 diagnosis, thousands of positive patients had been misdiagnosed. Findings declare “we estimated that when the case definitions were changed, the proportion of infections being detected as cases increased by 7-1 times…from version 1 to 2, 2-1 times…from version 2 to 4, and 4-2 times…from version 4 to 5.” The conclusion is that “if the fifth version of the case definition had been applied throughout the outbreak with sufficient testing capability, we estimated that by Feb 20, 2020, there would have been 232,000 confirmed cases in China as opposed to the 55,508 confirmed cases reported.”