The impeachment of Joe Biden should begin on the spot. 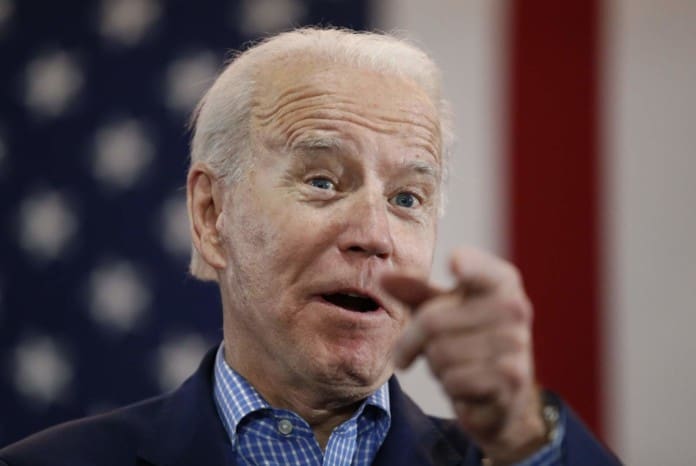 Recall.  President Donald Trump was impeached for a phone call to the President of Ukraine in which, falsely claimed Democrats, he asked the Ukrainian leader to take action that would benefit Trump politically.

Now comes the New York Post series on the discovery of Hunter Biden’s laptop – and the reveal that the then-Vice President of the United States was taking action that would benefit his family financially.

Logic would dictate that in following the same rules there should be:

A) a special counsel appointed to investigate the Biden activities for colluding with foreign actors for financial benefit.

B) if Biden is elected – an impeachment hearing and vote should be held.

The chairmen of the U.S. Senate Committee on Homeland Security and Governmental Affairs (Wisconsin’s Ron Johnson) and the Senate’s Committee on Finance (Iowa’s Charles Grassley) have now released an 87-page report titled:

The report concludes this:

“The records acquired by the Committees also show that Hunter Biden and his family were involved in a vast financial network that connected them to foreign nationals and foreign governments across the globe. Hunter Biden and Devon Archer, in particular, formed significant and consistent financial relationships with the corrupt oligarch Mykola Zlochevsky during their time working for Burisma, and their firms made millions of dollars from that association while Joe Biden was vice president and the public face of the Obama administration’s Ukraine policy. Rosemont Seneca Thornton, an investment firm co-founded by Hunter Biden, received $3.5 million in a wire transfer from Elena Baturina, who allegedly received illegal construction contracts from her husband, the then-mayor of Moscow. Moreover, Archer’s apparent receipt of money for a car from Kenges Rakishev of Kazakhstan while Vice President Biden was in Kyiv is especially concerning in light of the timing. And finally, Biden and Archer’s work with Chinese nationals connected to the Communist regime illustrate the deep financial connections that accelerated while Joe Biden was vice president and continued after he left office.”

Which is to say, in specific detail, two US Senate committees have issued a report that said the fact that Joe Biden’s son worked:

“….with Chinese nationals connected to the Communist regime illustrate the deep financial connections that accelerated while Joe Biden was vice president and continued after he left office.”

If this had been Donald Trump, the hue and cry for a special prosecutor would have gone up instantly. And at the same time, the demand would be that the President must be impeached.

So. Let’s say for the sake of the argument that the Hate Trump media is right – and Joe Biden wins the election.

The move to have a special prosecutor should begin on the spot because a Biden-run Department of Justice simply could not be trusted to investigate Biden. And once he takes the oath and is President Biden?

The impeachment of Joe Biden should begin on the spot.