U.S. officials believe China covered up the extent of the coronavirus outbreak – and how contagious the disease is – to stock up on medical supplies needed to respond to it.
Lord Staff 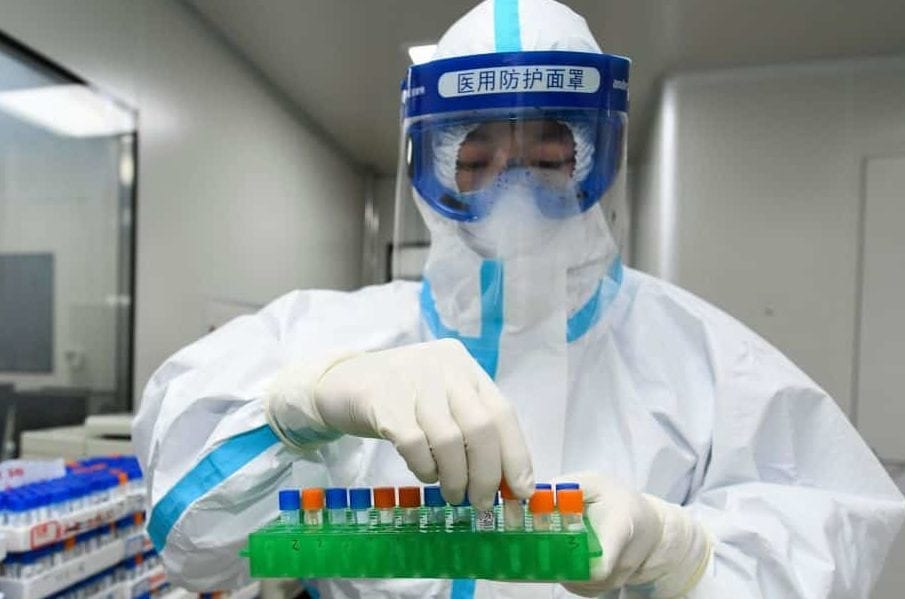 A four-page report from the Department of Homeland Security, dated May 1st, has even more startling information about China and the beginning of the coronavirus outbreak. The Associated Press obtained the DHS report and writes “U.S. officials believe China covered up the extent of the coronavirus outbreak – and how contagious the disease is – to stock up on medical supplies needed to respond to it.”

Rhetoric used in the intelligence document includes Chinese leaders “intentionally concealed the severity” of the coronavirus. The Associated Press reports that the intelligence document was not classified, but marked “for official use only” and declares China not only downplayed the danger of the disease but also “increased imports and decreased exports of medical supplies. It attempted to cover up doing so by ‘denying there were export restrictions and obfuscating and delaying provision of its trade data.”

In particular, the report specifies China increased imports of face masks and surgical gowns and gloves, but “held off informing the World Health Organization that the coronavirus ‘was a contagion’ for much of January so it could order medical supplies from abroad” reports the AP.

Secretary of State Mike Pompeo joined ABC’s Sunday news program “This Week” and said “remember, China has a history of infecting the world, and they have a history of running substandard laboratories.” Pompeo added, “these are not the first times that we’ve had a world exposed to viruses as a result of failures in a Chinese lab…and so, while the intelligence community continues to do its work, they should continue to do that, and verify so that we are certain.”

Although Pompeo did not say the virus was deliberately spread, he did say “I can tell you that there is a significant amount of evidence that this came from that laboratory in Wuhan.” Late last week President Trump told reporters he had a “high degree of confidence” that the virus originated in a lab. On Friday, Chinese Ministry of Foreign Affairs spokesman Geng Shuang shot back saying, “the U.S. government has ignored the facts, diverted public attention and engaged in buck-passing in an attempt to shirk its responsibility for incompetence in the fight against the epidemic.”

The National Review reports on a compiled dossier by the “Five Eyes” intelligence-sharing network, obtained by Australia’s Saturday Telegraph. The 15-page dossier of “The Five Eyes Nations” includes: the United States, Australia, New Zealand, Canada, and the U.K – appear united on the question of Chinese culpability.” However, the one “point of disagreement” is that Australian officials are still under the impression that the virus could have originated in a wet market.