Corona on the Campaign Trail: Sanders and Biden Refuse to Cancel ‘Large Gatherings’ 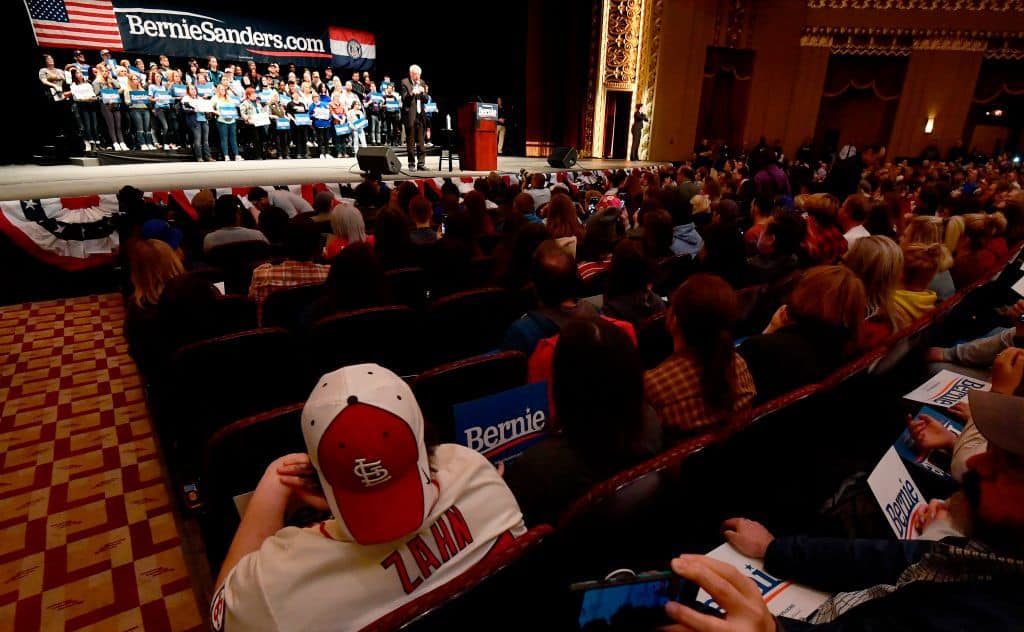 [dropcap style=”dropcap_style1″ textcolor=”#000000″ background=”#ffffff” fontweight=”900″]Presidential hopefuls Bernie and Biden are enjoying the Coronavirus hysteria. It gives them yet another avenue to claim they would do better in the White House than President Trump. As for the race to be the next president, how will the Coronavirus slow them down? Earlier this week, Biden said, “I’m looking to the CDC for advice on that” referring to public rallies. “We’re going to follow the recommendations of the experts…and if they conclude that there shouldn’t be big indoor rallies, then we’ll stop big indoor rallies” Biden told NBC.

What does the coronavirus mean for “their operation?” Apparently not a darn thing.

Michigan officials have advised polling locations to heavily sanitize equipment, and Florida has told its constituents to vote early for their March 17 Democratic presidential nomination date. Bernie Sanders, speaking in Michigan, said: “Every organization in America is taking a hard look at what the coronavirus means for their operations, and yes, that’s true of our campaign, as well.”

What does the coronavirus mean for “their operation?” Apparently not a darn thing.  Reuters reports that neither Sanders nor Biden have “called off a major rally because of the outbreak that has sickened more than 110,000 people and killed almost 4,000 globally, although public health officials have urged people at risk for contracting the disease to avoid large gatherings.”

Thus far, “there have been 605 confirmed cases in the United States, with 22 deaths” according to Reuters. In Florida, “the nation’s third-most-populous state and home to a large population of elderly people” has had only 19 confirmed cases, but has declared a state of emergency. Florida’s secretary of state reminded voters that they can “designate someone to pick up their absentee ballots” up until election day to avoid the illness.

A spokeswoman for the AFL-CIO said an Orlando, Florida event scheduled for Thursday was already canceled due to corona concern. While organizations have no problem canceling events to keep the public virus-free, clearly Biden and Sanders care more about votes and campaigning. What we have here, is a classic case of “do as I say, not as I do.”

China Deleting Pages and Clamping Down on Coronavirus Research