These are not journalists. They are left-wing, highly politicized activists. They cannot abide the President and even more they cannot stand his supporters.
Jeffrey Lord 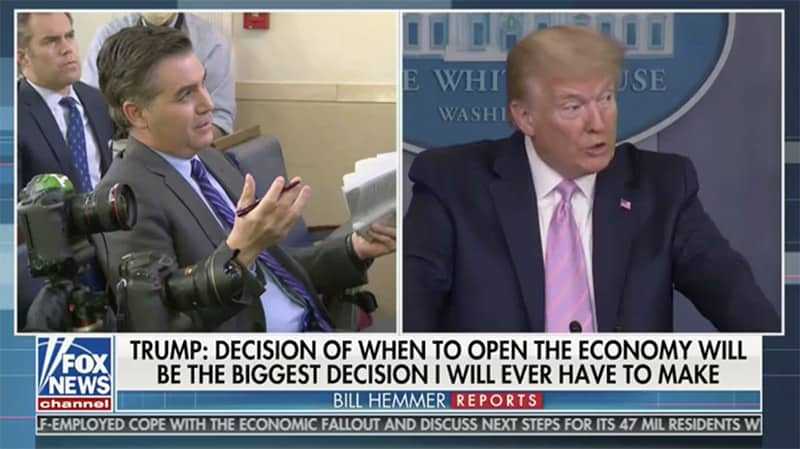 The other day The Wall Street Journal ran this editorial headlined:

Trump’s Wasted Briefings
The sessions have become a boring show of President vs. the press.

In which the WSJ said this:

“The briefings began as a good idea to educate the public about the dangers of the virus, how Americans should change their behavior, and what the government is doing to combat it. They showed seriousness of purpose, action to mobilize public and private resources, and a sense of optimism. Mr. Trump benefitted in the polls not because he was the center of attention but because he showed he had put together a team of experts working to overcome a national health crisis.

But sometime in the last three weeks, Mr. Trump seems to have concluded that the briefings could be a showcase for him…..

…Mr. Trump opens each briefing by running through a blizzard of facts and numbers showing what the government is doing—this many tests, that many masks, so many ventilators going from here to there, and what a great job he’s doing. Then Mr. Trump opens the door for questions, and the session deteriorates into a dispiriting brawl between the President and his antagonists in the White House press corps.”

Well aside from the incomparable value of the briefings in the strictest medical sense, the very clash between some members of The White House press corps and the President raises exactly the question of why this happens in the first place. And the answer, there for all Americans to see, is plain as day.

These are not journalists. They are left-wing, highly politicized activists. They cannot abide the President and even more they cannot stand his supporters.

These are not journalists. They are left-wing, highly politicized activists. They cannot abide by the President and even more they cannot stand his supporters. The latter, of course, famously described by Hillary Clinton as the “deplorables.”

In fact, what Americans have gradually come to realize is that the country is dealing with the politicization of everything by the Left. Pick a field.  It could be

MUST READ
journalism, the law, the media, organized religion, sports, Hollywood and more. And time after time you find a field filled with people who view themselves as political activists first, then and only then a member of whatever profession they are nominally supposed to be part of.

It could be CNN’s Jim Acosta or the NFL’s Colin Kaepernick or Hollywood’s Debra Messing or the Supreme Court’s Ruth Bader Ginsburg or the Mainline Protestant United Church of Christ’s General Minister and President, The Rev. Dr. John C. Dorhauer. The list goes on and on.  But what these people and so many others – specifically including some of those “journalists” in the White House press room –  have in common is their devotion to the sacraments of the American Left. 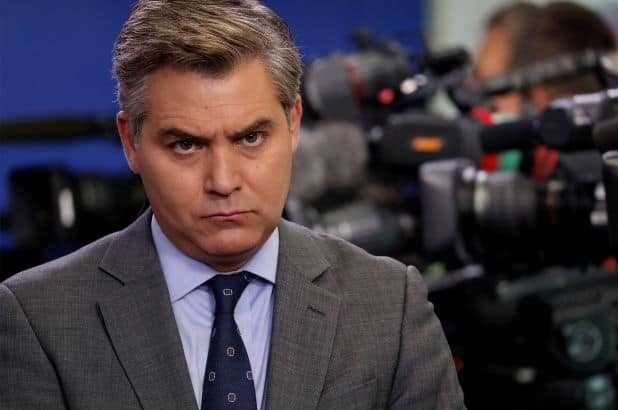 This is why so many of these people have such open disdain for Fox News and want it shut down, its various hosts – Sean Hannity, Tucker Carlson, Laura Ingraham, and others – specifically silenced. What they cannot abide is dissent from the Gospel of Leftwingism.

At its core, the American Left and its cousins around the globe are would-be totalitarians. It’s their way – or the highway. There is nothing they will not use to exert control over their fellow Americans.

And yes, that specifically includes the use of the China virus. Politicizing it, weaponizing it, and using it as an excuse to do everything from investigating the President – yet again – and shutting down Fox News.

Which is one of the reasons exactly why these presidential briefings are so important to televise – and why CNN plays a game with selectively televising them. They quite starkly unmask the “journalists” in the room as what they really are: left-wing political activists.