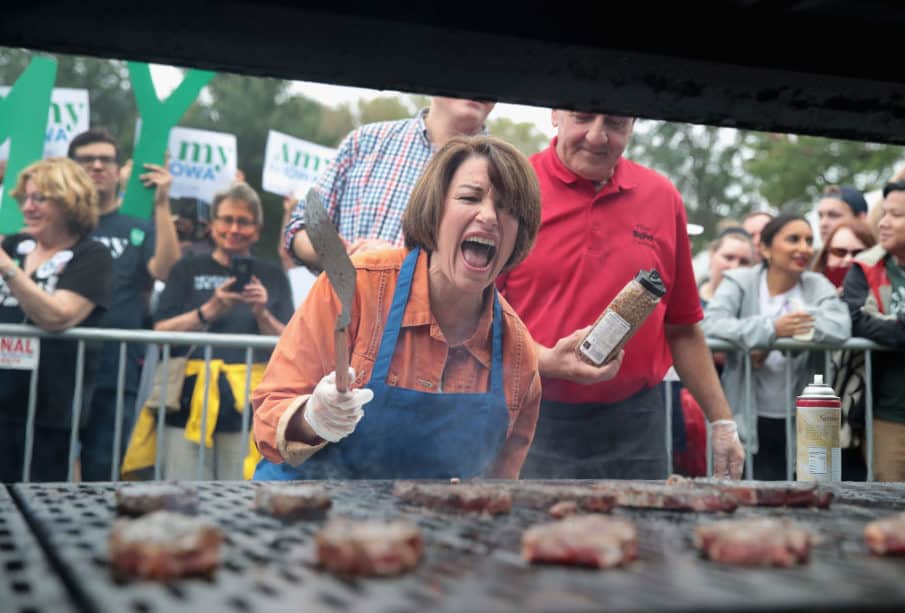 Amy Klobuchar set off a firestorm of VP speculation over the weekend when she accidentally let it slip that she was joining Joe Biden’s “ticket”.

Klobuchar, who has been campaigning for Biden across Michigan before tomorrow’s primary, made the comments to an audience in Grand Rapids that she “couldn’t think of a better way to end my candidacy … than to join the ticket.”

The crowd began to cheer as Klobuchar shook her head at her slip-up and laughed, “Kidding …”

Watch Klobuchar’s statement for yourself below – what do you think?  Could she be Biden’s pick for VP?